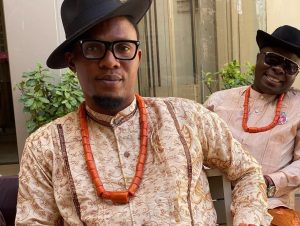 Who is Akpan in Akpan and Oduma comedy skits?

Adekunle Salawu popularly known as Akpan is a Nigerian comedian who was born on October 31. Adekunle is known for his comic skills in Akpan and Oduma comedy.

Adekunle was born in Lagos State, Nigerian. As of 2021, Adekunle is currently single. Their comedy which is always been posted every week on YouTube has a success of over 500,000 views per video. Akpan and oduma are currently among the most trending internet comedians in Nigeria.

Adekunle has been active in the entertainment industry for the past 10 years and counting. Adekunle together with Bovi was the lead actor’s in Bovi’s Extended family short film which started showing on many Nigerian television channels in 2006.

Adekunle Salawu is a prolific writer with an undying passion for television.
A Nigerian, from Boripe Local Government in Osun State, he was born and bred in Lagos State. An Economics graduate of The Lagos State University, he shelved his Bs.c in Social Science to pursue his real passion which is screen Writing.

He started writing professionally in the year 2006 and has created and written work such as Clinic Matters, Comfort Zone, My Mother In Law, 2Gether and Happy Family.

He was also a co-writer of the drama series Two Sides of the Coin and a host of others. Screen writing gives him great pleasure. He sees humour as a way of life and finds comedy in everything.

Adekunle Salawu has also written and produced his own sitcom titled; Friends and Doublet that will hit television screens very soon.

He sees God as his source of inspiration as everything and anything inspires him. He finds the industry (Nollywood) very exciting and glad to be part of the fascinating growth happening to Nollywood. 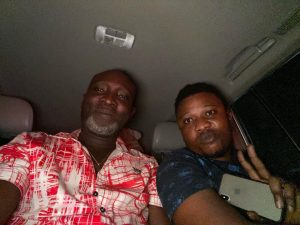 Many website and blogs have posted about Akpan’s net worth to be $1 million. But we strongly disagree with those reports. Akpan’s net worth as of 2021 is estimated to be around $150, 000. His net worth is calculated base on all google revenues generated from ads and sponsored post and revenues from parent company, WAP TV.