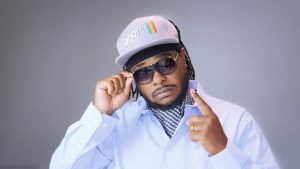 Audius Tonderai Mtawarira (born 1 January 1977) is a Zimbabwean singer-songwriter and record producer, who often works mononymously as Audius. From 1996 to 2012 he lived in Australia. At the APRA Music Awards of 2009 he was co-winner of Urban Work of the Year for writing “Running Back” with its singer, Jessica Mauboy, and with American rapper, Sean Ray Mullins (a.k.a. Snob Scrilla).

Audius Tonderai Mtawarira was born in 1977 in Chimbumu, Guruve District, Zimbabwe, His father, Augustine Mtawarira, who died in 2012, was a farmer and property manager.

Mtawarira attended Ruzawi School, a private Anglican boarding primary school in Marondera, where he was amongst the first Native African students to be enrolled. Audius then attended Peterhouse Boys’ School, Marondera, a private boarding secondary school where he sang in the School Choir, played piano and drums. He participated in Cricket, Rugby and Athletics, representing his school and district in each sport. He completed his secondary education at Gateway High School in Harare, where he performed in the school choir and participated in the music programs. He also represented his school as captain in Rugby, Cricket and Athletics. In 1996 Audius left Zimbabwe to further his studies in Perth, Western Australia at Edith Cowan University. He later moved to Curtin University to complete his Bachelor of Arts Degree in Graphic Design.

Audius turned his attention to writing and producing music. He started producing in 2002, producing the majority of Selwyn’s album, Meant to Be which peaked at number nine on the ARIA Album charts and was certified Gold. In 2003 he collaborated with Delta Goodrem on Innocent Eyes co-writing and producing the number one single “Born to Try”. The song debuted at number three before reaching number one on the Australian Singles chart, becoming Goodrem’s first number one single. It spent three months in the top five and went on to sell over 210,000 copies, making it the third highest selling single of 2002. In the UK, it debuted and peaked the charts at number three, spending eleven weeks in the top forty and reached number one on the New Zealand singles charts. “Born to Try” won ‘Single of the Year’ at the ARIA Music Awards of 2003.

After having some great success, Audius turned his attention to building his own studios and record label. He is a part owner of The Sound Academy studios in Sydney as well as record label Blindfaith Entertainment. He worked to develop many unsigned artists through his academy sharing knowledge and kickstarting several youngsters who went on to achieve great success such as Iggy Azalea, Justice Crew, Anise K and more.

In 2008 Audius produced Jessica Mauboy’s new album, Been Waiting, co-writing her single, “Running Back”, which peaked at number three on the Australian singles charts. 2008 also saw Audius launch his own fashion label, Shona Clothing, which is heavily influenced by his Zimbabwean heritage. “Running Back” won ‘Highest Selling Single’ at the ARIA Music Awards of 2009.

In 2019 Audius co-wrote, produced and mixed ‘To Myself’ performed by Alfie Arcuri for the Eurovision ‘Australia Decides’ competition. With over 700 entries the song was selected to be amongst the top 10 finalists and to compete on a live broadcast on SBS. Overall the song placed 5th.

His solo recordings have garnered him popularity in his native Zimbabwe and South Africa. He has released 6 albums in Africa – Audius (2002), Ever After (2003), Music and Me (2005) and Day Like This (2008). He released ‘Day Like This’ was also released in Australia through Blindfaith/Inertia. In 2003, Audius won the Best Urban Grooves (Male) at the Zimbabwe Music Awards. In 2014 Audius won the “Best R&B Urban Album” award for his 2014 release “House of Stones”. In October 2016, his album PREDESTINATION was released. In 2020, album titled “2020” (twenty twenty) was released.

Audius Mtawarira is married to his beautiful lovely wife and together they have two children – Shona and Audius Jnr.

Audius Mtawarira’s net worth as of 2021 is estimated to be around $1.5 million – $20 million making him one of the richest Zimbabwean musician of his time (net worth estimated in 2021).