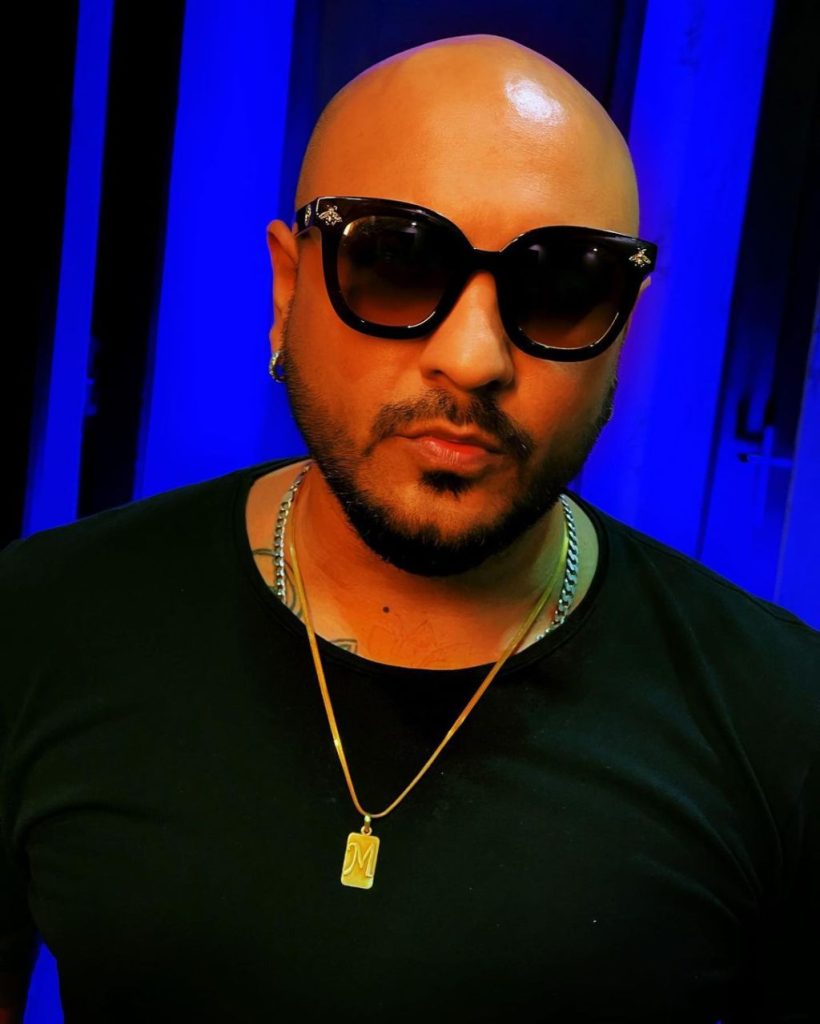 Pratik Bachan (born 7 February 1986) popularly known as B Praak is an Indian singer and music composer associated with the Punjabi and Hindi music industry. He started his career as a music producer, and later debuted as a singer with the song Mann Bharrya. He is a frequent collaborator of lyricist Jaani, and has since entered into Bollywood in 2019 with two songs as a singer in the films Kesari and Good Newwz starring Akshay Kumar, and as a guest composer in the satire Bala.

Praak was born as Pratik Bachan in Chandigarh. His father, Varinder Bachan, is a well-known Punjabi music producer and composer. He is known to frequently collaborate with lyricist Jaani. Almost all songs for which he produced music in his career are written by Jaani.

He started his career as a music director with the name “Prakky B”. He produced music for few songs but songs got no recognition. In 2012, he met lyricist Jaani and started collaborating with him under the name ‘B Praak’. In 2013, they released their first song “Soch” sung by Harrdy Sandhu and composed by him.

In later years, he composed and produced music for numerous superhit tracks of singers like Jassie Gill, Harrdy Sandhu, Amrinder Gill, Gippy Grewal, Diljit Dosanjh, Ammy Virk, etc with lyrics by Jaani. He emerged as one of the leading music producers in the Punjabi industry because of a different melody in his music which was very new in Punjabi Music Industry. He also featured in 2-3 songs such as “Go Baby Go”,”Surma To Sandals” etc.

He later debuted as a singer in 2018 with the single Mann Bharrya and the song became superhit. He also sang more songs such as “Bewafaai “,” Mastaani” and composed big tracks such as “Qismat”, “Naah” , “Kya Baat Ay”, “Hath Chummne”, “Guitar Sikhda” in the same and following year. He has frequently worked with Jassi Gill, Ammy Virk, and Harrdy Sandhu. He also produced music for the movie “Qismat” for the first time in his career with lyrics by Jaani.

Praak later made his Bollywood debut in 2019, first as a singer with the song Teri Mitti from the Hindi film Kesari starring Akshay Kumar and Parineeti Chopra, written by Manoj Muntashir and composed by Arko Pravo Mukherjee, and months later as a composer with a recreation of his hit song Naah, titled Naah Goriye, which was featured on the soundtrack of Ayushmann Khurrana starrer Bala. During this time, he also crooned a promotional song featuring Kumar for his second song as a singer, Ali Ali, which was featured on the soundtrack of Sunny Deol and Karan Kapadia starrer Blank, while next crooning a remake of the popular song O Saaki Saaki for Batla House, written and composed by Tanishk Bagchi, where he sang alongside Neha Kakkar and Tulsi Kumar, in his first multi-singer song. He next reunited with Kumar for the comedy-drama film Good Newwz, crooning the song Maana Dil, composed by Bagchi and written by Rashmi Virag.[3] Additionally, he recorded a reprise version of the song Dilbara from the 2019 remake of the popular film Pati Patni Aur Woh, which was composed by Sachet-Parampara and written by Navi Ferozpurwala, and again in his duet with Sunidhi Chauhan for the song Bharat Salaam, which was written and composed by Mithoon, and featured on the soundtrack of Hotel Mumbai.

In the same year, he released “Pachtaoge” sung by Arijit Singh, music by him, and Lyrics by Jaani featuring Vicky Kaushal and Nora Fatehi in the Video making it his first Bollywood level collaboration. The song becomes an instant hit and becomes viral everywhere. In the same year, he released his biggest Track “Filhaal” featuring Akshay Kumar and Nupur Sanon in Video, sung and composed by Him and lyrics by Jaani.
In the same year he sang his first Telugu song Suryudivo Chandrudivo, for the film Sarileru Neekevvaru featuring Mahesh Babu.
In 2020, he released tracks such as “Kuch Bhi Ho Jaye”, “Besharam Bewaffa”, “Kyon”, and “Baras Baras”, and he composed the songs for Ammy Virk’s film “Sufna” with lyrics by Jaani. He also performed some of the songs.

In early 2021, he released the single “Mazaa”, and later in the same year, “Baarish Ki Jaaye” featuring Nawazuddin Siddiqui and Sunanda Sharma in the music video with Lyrics by Jaani. Praak won the National Film Award for Best Male Playback Singer in 2021 for his rendition of “Teri Mitti” at the 67th National Film Awards.
In July 2021, he released the sequel of “Filhaal”, “Filhaal 2 Mohabbat “.