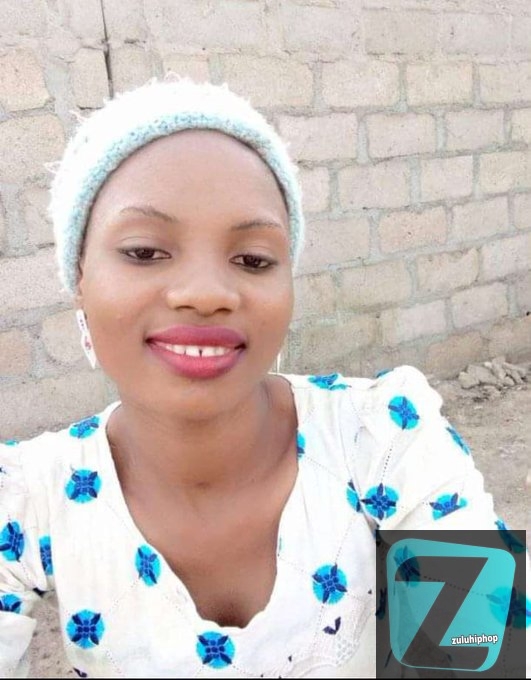 Deborah Samuel Yakubu (born {unknown date of birth} – Death 12 May 2022) was a Nigerian student who became popular after her death, as a result of allegedly insulting Prophet Mohammed. Deborah Yakubu Samuel was lynched by some male Muslim students and burnt to death.

She was a student of Shehu Shagari College of Education in Sokoto State.

According to the police, Deborah Samuel, a level-two student, was accused of making a social media post that blasphemed the holy prophet Muhammad (SAW).

The police said the students forcefully removed the victim from the security room where she was hidden by the school authorities, killed her and burnt the building.

Some footage also captured a raging fire as a man faced the camera, claiming that he killed and burnt her, and brandishing a matchbox.

According to the police the students banded together with miscreants and barricaded the Sokoto/Jega road.

In a statement signed by spokesperson, Sanusi Abubakar, the police said it has arrested two persons in connection with the killing.

He said the police mobilized to scene of the incident upon receiving the information led by the Deputy Commissioner of Police in charge of operation and other commanders to bring the situation under control.

According to Mr. Abubakar, the school has been shut down and additional police personnel deployed to the premises.

He also noted that the Commissioner of Police, Sokoto State Command, Kamaldeen Kola Okunlola, has appealed to members of the public to go about their lawful activities and not panic as the situation is under control.

The police also vowed that the suspects in the viral video on Twitter were spotted and will be nailed soon.

A former Minister of Education, Dr Obiageli Ezekwesili and popular sociopolitical activist, Aisha Yesufu, has condemned the killing of a Christian student in Sokoto State, identified as Deborah Samuel.

She wrote on Twitter, ”Deborah sadly joins the long list of those who must be given Justice in this Land someday; no matter how long it takes for us to build a society where human life is respected and accorded dignity. Her “religious” killers will surely account. Someday. On earth and before God.

”May God comfort the family of a young woman who went to be educated and paid with her life just because a bunch of murderers accused her of “religious blasphemy” in a “Democracy” in 2022. May God speak the word that can strengthen Deborah’s family in Jesus name!”

Aisha wrote, ”Innalillahi wa inna ilayhi rajiun, What manner of barbarism just happened in Sokoto? Who the hell are you to take someone’s life? The Prophet (SAW) went to visit a man that usually insult & pour debris on him when the man was ill Nigeria keeps producing serial killers! Oghenna!

”They fight for God and leave their fight to God! While they are being killed by their fellow terrorists, their women and men raped, their houses burnt, their parents driven away for their villages and farms they do nothing but pray to God but kill a fellow citizen in cold blood!

”Nigeria just breaks you daily. A family just lost a daughter because heinous acts are unpunished and more people continue to practice them.

”The despicable beings are being killed by terrorists. The mindless and depraved cowards did not go and fight the terrorists killing and maiming. Kai!

The purported reason Deborah Samuel, the female student of Shehu Shagari College of Education, Sokoto was killed and her body burnt by a mob today has been revealed.

According to Twitter users, Deborah had shared a voice note on her class Whatsapp group in which she challenged her colleagues who were posting religious information there.

She spoke in Hausa, however, according to a Twitter user who did the translation, Deborah was quoted to have said;

“Holy Ghost Fire, nothing’s going to happen to me, you should know what to be sending to this group, it’s not that the group was created to be sending nonsense, the group was created for posting things like, test assignment e.t.c. not the nonsense you are posting, no be only prophet, you are coming to play on me.” The nonsense she referred to is the religious posts.”

Her comments were said to have irked some of her colleagues who felt she disrespected Prophet Mohammed, and threatened to deal with her. When the tension was high, the school authorities took her to the security room to give her some protection. However, the enraged students overpowered the security officers, dragged Deborah out, and beat her until she died before setting her corpse on fire.

Opinions and Comments by Nigerians

This is why when one of my atheist friends wanted to become religious, I warned him to never consider Islam. I told him its better for him to be an armed robber or rapist than to follow that demonic practice. He followed my advice and through his practice of yoga he has embraced buddhism fully.

Look at the way the demonic murderers are bragging about their demonic deeds. People ONLY do that when they know that their community agrees with their actions. Boko Haram and ISWAP has not taught this animals a lesson. When Islam breeds demons that murder non-Muslims, these evil muslim communities in the far north defend the demons. Eventually, those same demonds will never be satisfied with killing non-Muslims. They will turn their demonic swords towards the same Muslim communities. This is the lesson of Boko Haram and ISWAP. Yet, these foolish people will never learn. Foolish things.

When such things arise, it is the Muslims that should rise up to condemn the actors and go further to fish them out and ensure they are meted the harshest possible punishment otherwise the religion itself becomes complicit

Rest in Peace Deborah, and yes, nothing will happen to you by the power of the Holy ghost fire, for now you rest eternally among the Angels and Saints.

What’s the essence of serving something you created that can’t fight for itself.?

Arrest Of Suspects and more

The police in Sokoto on Thursday said two suspects have been taken into custody in connection with the lynching earlier in the day of Deborah Samuel, a student of Shehu Shagari College of Education.

Sokoto police spokesman Sanusi Abubakar said in a statement Thursday evening that the mob overpowered campus security before killing the female student and setting her remains on fire.

The security outpost was also burnt in a violent outbreak that forced school authorities to shut down the campus immediately and sent students home. 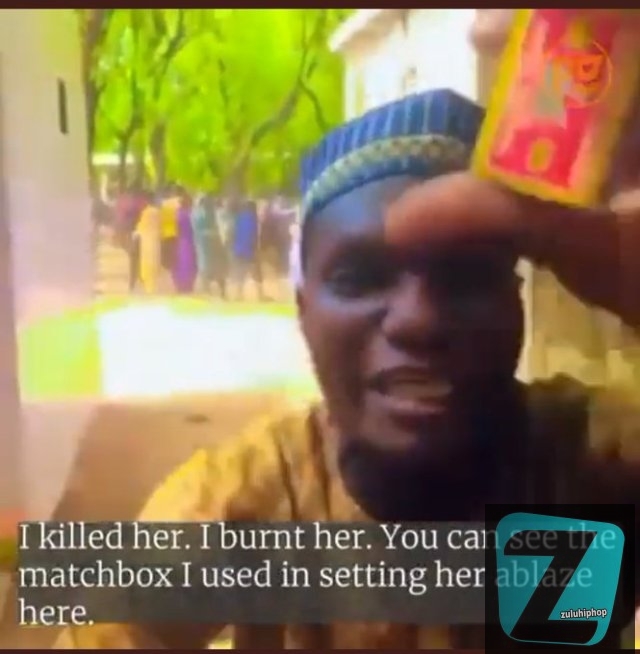 “At about 0900hrs, a distress call was received from Shehu Shagari College of Education, Sokoto, stating that students were rioting over one female student named Deborah Samuel, a level two student, who was accused of making a social media post that blasphemed the holy prophet Muhammad (SAW).

“Students forcefully removed the victim from the security room where she was hidden by the school authorities, killed her and burnt the building. The students banded together with miscreants and barricaded the Sokoto/Jega road.

“Upon receiving the information, the DC Operations led a team of policemen and all other operational commanders in the state to the school where the road was cleared and the situation was brought under control. Two students were arrested in connection with the crime committed. The school has been closed down by the school authority, and policemen were deployed to give tight security coverage. 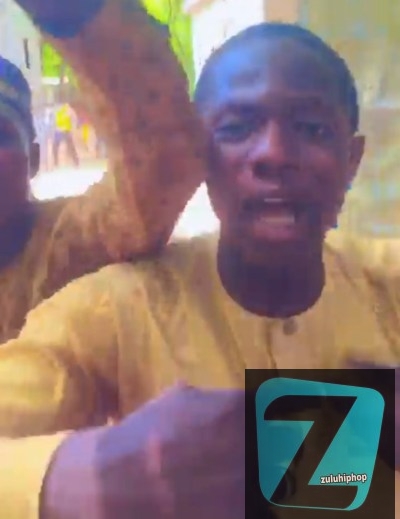 “The Commissioner of Police, Sokoto State Command, CP Kamaldeen Okunlola fdc,mnim, is appealing to members of the public to go about their lawful activities and should not panic as the situation is under control.

“Meanwhile, the suspects in the viral video on Twitter were spotted and will be nailed soon,” Mr Abubakar, an assistant superintendent of police, said.