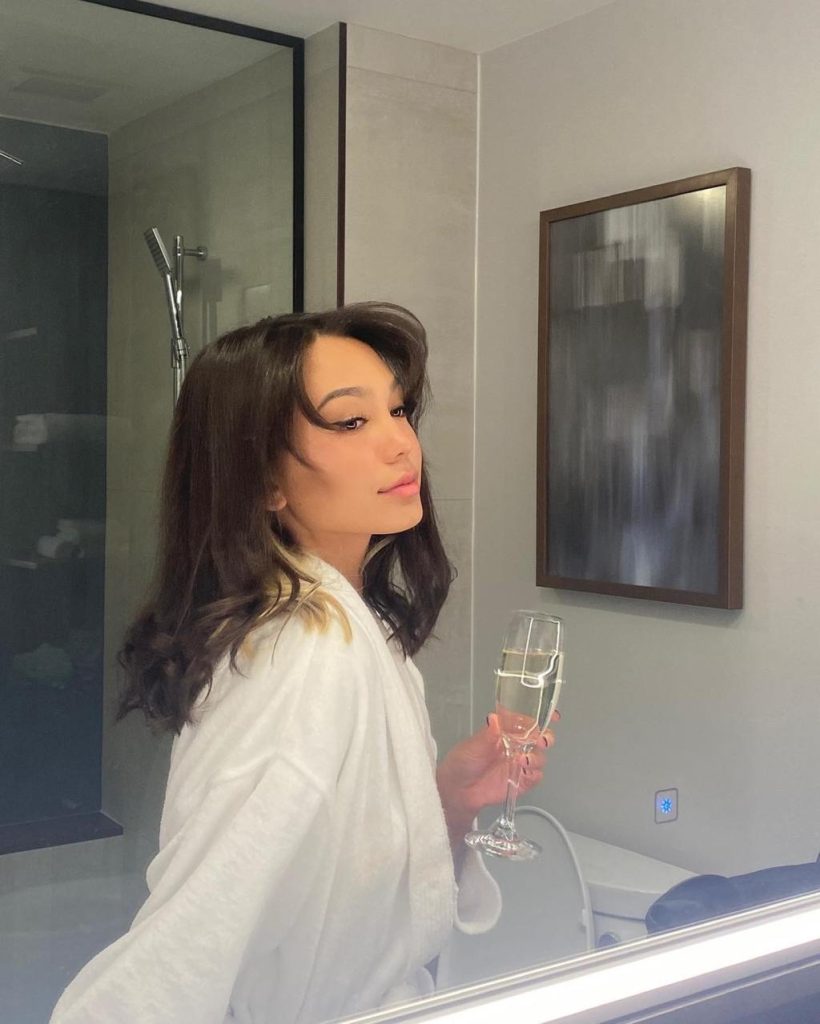 Nekoda’s passion for dancing started at a tender age. She met and performed alongside the world’s greatest ballroom dancers, such as Edyta Sliwinska. In the process, she won many awards because of her talent.

The young actress was born in Brantford, Ontario, Canada. The names of her parents are Doug Nekoda and Leslie McMullen. She reportedly has mixed ethnicity – Asian and Caucasian. Devyn is the eldest in her family; she has a younger brother. His name has been established to be Kove Nekoda. Unlike her, there is not much about him in the public domain.

Growing up, she wanted to become a professional dancer. So she went to Lisa Naves Dance Company to train different dance forms such as ballet, jazz, contemporary, hip-hop, lyrical, and acrobatics. Later, she proceeded to the Toronto School of Circus Acts.

She was privileged to perform alongside Edyta Sliwinska, one of the most incredible Polish ballroom dancers. Her passion for dance saw her secure a lead movie role in American Girl: Isabelle Dances Into the Spotlight.

Many people have come to know Devyn because of her roles on various TV shows. Who played Suki in Grand Army? Devyn played Suki in the American teen drama TV series.

With two Netflix series slated for 2020 release and currently in the spotlight as Sage on the revolutionary sci-fi hip hop series Utopia Falls (Hulu), Devyn Nekoda is watching her star rise fast in the industry. No stranger to leading roles, Devyn joined the “promising young cast” (Hollywood Reporter) of Utopia Falls after two seasons as Vanessa on Backstage (Family Channel/Disney/Netflix). Prior to that, she amassed co-starring appearances on Ghostwriter and Northern Rescue along with recurring roles on Degrassi, The Next Step, and Annedroids, as well as Raising Expectations with Jason Priestley and Molly Ringwald.

Prior to shifting her talents on camera, Nekoda had a formidable dance career at a young age, winning titles at events across North America, touring with the JUNO-nominated kids entertainers Splash’N Boots, and performing with Edyta Sliwinska (Dancing with the Stars). Driven by the determination and discipline of an accomplished dancer, she clinched her first-ever on-camera audition, landing a leading role in American Girl: Isabelle Dances Into the Spotlight, then made her feature film debut in Disney’s The Swap.

Devyn also lent her talents to Mishka, a short film project that has benefited charitable organizations such as Little Warriors, An Ark of Hope for Children, The Unchained Project and Kids Help Phone.

Devyn and Saara Chaudry were in Isabelle Dances Into the Spotlight. They saw each other again in Max and Shred. Saara is one of the main characters and Devyn guest starred in Max and Shred.

The Canadian actress currently resides in Toronto, Ontario, Canada. Devyn Nekoda is not your ordinary actress or dancer. She has proven to the world that she has all it takes to become the best in numerous ways. Since she converted into acting, she has starred in many notable TV shows and movies worth watching.