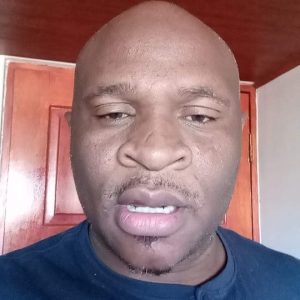 His birth name is Goodwill Malinga. He was born on the 7th of July in 1980 at Themba, Hamanskraal in South Africa. For those people who like referring to him as an older man, he is not, and he still has much more to offer the music industry and Africa at large. His story is one that will shock and inspire everyone who comes across it. His life shows how hard work and faith can work miracles in your life. This is a man who came from handing out pamphlets at furniture stores to owning his own music production company and being one of the most highly celebrated musicians in South Africa.

So how exactly did he do it? During Thabo Mbeki’s time, around 1998, was when he started hustling and looking for a better life. This was the time he was handing out pamphlets in furniture stores, which he regarded as a very demeaning job. One day he saw a sister who was promoting the furniture store by singing outside, and he decided that he also wanted to do that because he knew that he could sing. She gave him a chance, and that was the beginning for Dr Malinga.

While he was singing, he realized that not many people were paying attention, he really wanted to do a good job, so he started dancing. He didn’t just dance any ordinary styles, but what he did was the Linga dance. This involves high kicks as well as high jumps, and this explains where his legendary kicks come from. This got him the attention that he so craved from the crowds. After this, he must have gained a lot of confidence because after he went to compete at the cultural calabash competitions and won three years in a row from 1999 to 2001. He was clearly dominating the entire competition and ended up being asked to become a judge because it was evident that he had mastered what it takes to win.

Later on, he entered the voice of choice competition and ended up winning a car. At such a young age, Dr Malinga had the tenacity it took to make it big in the industry, and his big break is about to come.

His first smash hit was Casanova which was a track made by both him and Dj Choice. This song is what shot him to fame.

He got married to Boitumelo Mosupye in 2013 and together they have a daughter and his wife also has a son from another relationship.