Midfield is a critical position in football. That is where the game-changing decision takes place. Control the midfield, and you control the whole game.

Ever Banega is one such player who operates as a central-midfielder for Saudi Arabian club Al Shabab.

A midfielder’s role often gets overlooked when the shining part of a team is generally the attack. Score the goals, and people chant your name.

However, in modern football, the older conventions are non-existent. Instead, fans now cheer you for your performance, and specifically, the midfield is where the magic happens. Ever Banega in action with Thomas Partey.

Almost at the end of his career, Banega is still fighting for his club and proving that age is just a number.

The article comprises of career, net worth & personal life of the Argentine midfielder. Firstly, let’s take a look at some quick facts!

Ever Maximiliano David Banega, professionally Ever Banega, was born on June 29, 1988, in Rosario, Santa Fe, Argentina. Also, Daniel Banega is a proud father to the Argentine.

Growing up in Argentina, the soon-to-be midfielder played for Boca Juniors’ youth team.

Additionally, the Argentine grew up alongside brothers; Luciano, Cesar, Emiliano, and Brian, who motivated Ever to pursue football.

He played football in a city crazy about football and amongst budding talents like Angel Di Maria, Lionel Messi, Mascherano, etc.

How old is Ever Banega? Age, Height, & Body Stats

Born in 1988, the Sevilla-based midfielder is 33  years old. Likewise, Banega shares his birthday on June 29, making his birth sign Cancer.

Moreover, the Argentine international is a short man standing at 5’8″ (1.73 m). Yet, regardless of his height, Banega doesn’t fail to impress.

The Argentine is agile, and at the same time, he has a surprising pace when it actually matters.

For a man who weighs 72 kg, Banega’s balance and flexibility are quite commendable. Along with that, Ever has brown eyes and black hair.

Not to mention, Banega loves styling his hair. He tries different hair colors and haircuts to look different. 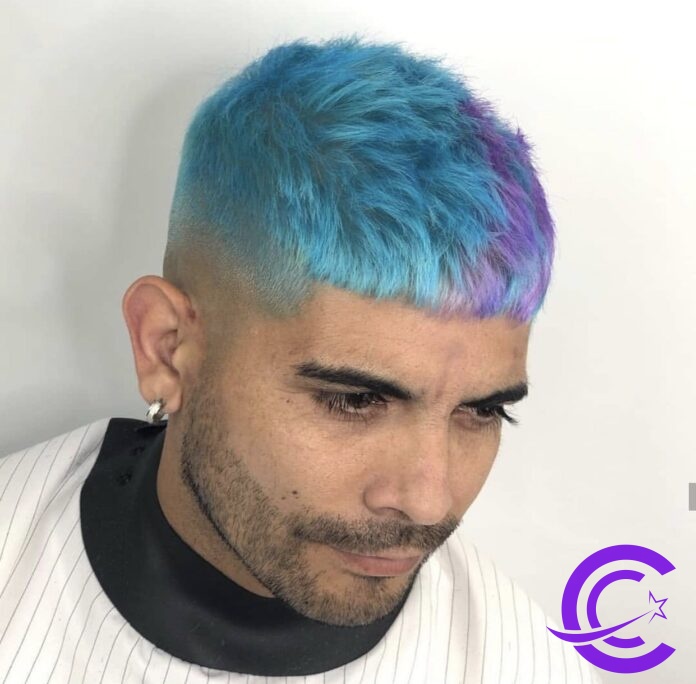 Ever Banega with blue hair color.

Besides, the midfielder is an exceptional passer of the ball. In the same way, the Sevilla man knows how to maintain ball possession and has an acute vision.

With these, immense strengths in duels, goalscoring ability, and being a natural playmaker are his forte. Simultaneously, Ever’s dribbling ability and setting up long passes are equally praiseworthy.

But let’s not forget to mention what accomplished sets of interception skills this midfielder possesses.

Starting with Boca Junior and venturing out to Europe to play in a Spanish league is highly taxing.

In 28 appearances for Boca Juniors, the Argentine etched unforgettable moments in fans’ minds that resulted in a standing ovation when he departed the field.

Eventually, his exploits would echo throughout Europe, and Valencia was the first to jump in to receive the services of this prodigious midfielder.

The year was 2008, January, when the Spanish side signed Banega in a 5-and-a half year deal by submitting €20 million sums.

Although the newly signed midfielder’s debut wasn’t as fortunate, Ever’s stay was much worse.

A controversial video that surfaced showing him pleasuring on camera for strangers was an embarrassing situation for both the club and Banega.

Despite the Argentine’s disputable and reckless attitude, Ever was as important to the Spanish club as any other player.

However, the club decided to loan the former Boca man to Atletico Madrid to gain experience under Diego Simeone.

Upon ending his loan spell with the Colchonero’s, Banega received an offer from Everton, but the deal failed to materialize due to the rejection of a visa appeal.

In 136 appearances for Valencia, the Argentine netted the balls 9 times and assisting 30 times.

After a loan spell at Atletico and a few months at Valencia, the club decided to loan him again.

This time the midfielder returned to his native Argentina, where he played for Newell’s Old Boys. With 20 appearances, 1 goal, and 1 assist, Banega returned to Spain.

After handing in €2.5 million, Ever was officially a Sevilla man. With Sevilla, the talented midfielder made 222 appearances, netting 27 times and assisting 33 times.

However, upon the end of his contract at Sevilla, Banega agreed to join the Italian giants Inter Milan on a free transfer.

In an overall 33 appearances with the Nerazzurri, Ever found the net 6 times while also providing 7 times. After a year-long service, the versatile midfielder desired to join his previous club Sevilla again on a free transfer.

While in Sevilla, Banega received 3 red cards and played 16,687 minutes. As of recent, the Argentinian will join Al-Shabab Riyadh on July 1, 2020.

In the year 2007, Ever secured a call-up for the national team. Alongside several others, the midfielder represented his country in the 2007 U-20 FIFA World Cup.

With the U-20 team, Banega played all seven games. Similarly, the Argentine played 6 matches for the U-23 squad.

In February of 2008, the midfielder made it to the senior squad and was victorious with a 5-0 win against Guatemala.

Eventually, Ever conquered the competition with the Argentina squad and ultimately concluded it with a gold medal in Beijing.

Contrarily, the Argentine didn’t receive a nomination for the 2010 World Cup.

In the 2014 World Cup qualifier, the Sevilla midfielder registered his first international goal in a 1-1 draw against Bolivia. Apart from these, Ever got selected for the 2015 Copa America tournament.

Ever Banega | Net Worth & Transfer Market

Ever Banega was a bad boy growing up and had many troublesome moments in his career as well. But that didn’t stop him from recording a career-high transfer market value of €20 million.

Although it dropped to €9 million in recent times, the Argentine international enjoys a yearly salary of €4,212,000.

As such, the Sevilla midfielder amassed an impressive net worth of $19.4 million in his almost decade-long career.

When Inter Milan purchased him, Banega was the highest earner with a yearly salary of €3 million.

Further, the Argentine endorses Nike, who took responsibility for outfitting him. At the same time, Ever proudly wears a Nike Magista Obra II in 2018.

Valencia bought Banega from Boca Juniors for a fee of €18 million. Valencia loaned the midfielder to Atletico Madrid by accepting a loan fee of €1.5 million.

Moreover, Valencia loaned Banega to Newell’s Old Boys Club and then ultimately transferred to Sevilla in 2014.

After two seasons, Inter Milan asked for the Argentine’s services, handing in a €7 million sum.

However, Ever Banega completed his contract in Italy and then returned to Sevilla once again for a free transfer.

By this time, the Argentine international recorded a transfer market value of €9 million.

Who is Ever Banega’s wife? Marriage & Kids

On 13 May 2016, The Argentina-born midfielder tied the knot to Valerie Juan. The ceremonial details are private but occurred in the presence of family and friends.

Eventually, in October of 2010, the couple welcomed their eldest daughter Agostini Banega to the world. Again, in June of 2016, their second daughter, Romanella Banega, was born.

Regardless of his problematic history, Banega makes sure to amend them by being the best father to his two beautiful daughters. Indeed, the Argentine is lucky to have these three women in his life.

Ever Banega is quite active on social media. You can follow him via these links.

Which club is Ever Banega now?

Ever Banga currently plays for the Al Shabab of the Saudi Professional League. He joined the club in January 2020.

Was Ever Banega injured in a car accident?

Ever Banega was injured in his own car accident on Feb 19, 2012. According to reports, the injury occurred when Ever failed to put the handbrake while filling up his car at a petrol station.

Due to which the car suddenly moved and rolled backward, trapping Banega’s ankle against the wheel and the curb.

This car accident broke Ever’s tibia and fibula in his left leg. Likewise, Ever was out for six months from the game for recovery.

Is Ever Banega retired?

Ever Banga currently plays for the Al Shabab. As of now, there are no signs of his retirement.

Why did Ever Banega leaving Sevilla?

Ever Banga left the Sevilla club on his own terms. Sadly, he hasn’t mentioned a specific reason why he left the club. Further, Banega mentioned during his farewell,

“I have no words for this emotional, and at the same time, a bit said moment. I have to leave the club of my life, but I am satisfied. But, I am leaving with another title, thanks to my teammates, and I am leaving with my head held high.”