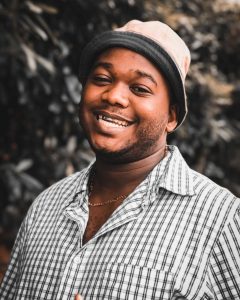 Funk Qla is a South Arican-born musician and music producer.

The #FreshPrinceOfGqom has been making music since 2011 but gained traction in the year 2016 when he produced “Konke Kuhamba Kahle” that featured in “Durban’s Finest” Reloaded album. His latest offerings are OBALEKA, featuring Dj Websta & Biggie on the vocals, as well as GWARA GWARA by DJ Bongz, both of which dropped in the rst quarter of 2018.

He has since been producing hit after hit, such as Ngiphethe Izinto by DJ SOX, Iyakhuluma with Nu Era further and #Thununu, proving that he is not a “one hit wonder” As a producer and deejay, Funky Qla has worked with various established musicians, vocalists, DJs and bands. In addition, some of his musical production and sound engineering work appears on the albums of artists such as: DJ Tira, Sox, $tilo Magolide, Okmalumkoolkat, Babes Wodumo, Mampintsha, DJ Bongz, Rudeboyz, DJ Websta & Dbn Nyts.