The nine-time Icelandic Footballer of The Year is one of the best athletes, let alone footballers come out of Iceland.
Gylfi Sigurdsson is currently playing for Everton Football Club, where he is one of the highest-paid players in the league, thanks to his dedication and abilities on the field.
Sigurdsson has been vital in the emergence of Icelandic Football as they reached their first-ever major international tournament when they played in the 2016 UEFA EURO.

They followed that with their first-ever appearance at the 2018 FIFA World Cup in Russia. Both those tournaments would not have been possible without the contributions of Gylfi.
In this article, we look at his career, statistics, family, wife, net worth, salary, and career achievements.
The Icelandic international has achieved a lot in his career; therefore, this might take a while. So bear with me, and let’s get started on this journey with some quick facts.

Sigurdsson was born into a football-loving family. His father, Sigudur Adalsteinsson, an Icelandic Fisherman, was a keen football lover, and his older brother, Olafur Mar Sigurdsson.

Therefore, Gylfi was exposed to football as early as the man could remember.

His father was so passionate about young Gylfi’s football career that he even rented a warehouse so that the Icelandic International could train in the harsh cold winters of Iceland.

Similarly, Sigurdsson’s brother was as ardent about football, if not more than his father. For instance, Olafur went to a coaching school to help Gylfi become the best.
When the Everton midfielder was 13 years, his father and his brother took him to FH Hafnarfjordur to play for Breidablik.
Sigurdur decided to go to Breidablik mainly because they built an indoor hall with a full-sized artificial pitch recently. Hence, Gylfi could train regardless of the weather conditions outside.
From early on in his career, the Icelandic International was very good at shooting and passing, which are his main assets.
Although he had the potential to become a good footballer, no one could have imagined the impact Gylfi would have on Icelandic Football later on in his career. 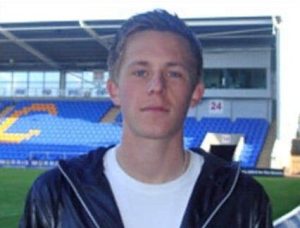 Gylfi mesmerized many people with his performances. Not only was the Everton attacker talented, but he was also a hardworking player who had leadership capabilities as well.
As a result, clubs from England were interested in his services.
Eventually, the Icelander signed on an academy scholarship for Reading on 1 October 2005. Sigurdsson had been on trial with Preston North End. However, Reading offered him better services.

For the next three years, the midfielder spent time adapting and developing his skills playing for the youth and reserve team until he made his debut for the senior team.

The professional career of Gylfi Sigurdsson began in the 2008-09 season in which he was given the number 34 for Reading.

Although he did not feature in a 2-1 win at Dagenham & Redbridge, Sigurdsson gained valuable first-team experience that helped in his football career.

After two weeks, the Icelander made his first-team debut against Luton Town as a 59th-minute substitute as his side won 5-1. As time progressed, the Everton midfielder managed only a handful of minutes.

The midfielder never lacked quality; however, his character and physical attributes needed development.

For this reason, Gylfi’s first year of professional football was full of loan spells to lower league clubs to gain valuable experience.

During his loan spells to Crewe Alexandra and Shrewsbury Town, Sigurdsson managed to score four times in 24  appearances.

The following year was Gylfi’s breakthrough season as he bagged the Player of the Year award at Reading.

Some of the notable moments of that season were his first goal for Reading against Burton Albion, which was a screamer from 35 yards out.

It was a fantastic year for the Icelandic international as he finished the season with 20 goals in 44 matches.

Due to his fabulous performances for the Championship club, Gylfi attracted a host of top Premier League clubs but eventually committed his future to the club by signing a three-year contract.

Sigurdsson celebrates his goal for Hoffenheim

However, signing a new contract was not enough to keep the star midfielder at Reading because the Icelander signed for 1899 Hoffenheim for a reported £7 million.

For the second consecutive year, Gylfi bagged the Player of the Year award.

Despite starting only 13 matches for the club, the attacking midfielder managed to score ten times for the club and provided a further two assists during his award-winning season.

The talented Everton attacker’s journey in the Premier League started with the Welsh club Swansea City. Added to that, Sigurdsson joined the club during the winter transfer window of the 2011-12 season.

Due to disagreements with his new manager at Hoffenheim, Gylfi had to move out to look for playtime.  Like a duck adapting to water, Gylfi adapted to the Premier League instantly.

On his debut for the Welsh club, Sigurdsson provided the winning goal against English giants Arsenal.

It would be an indication of the impact he would have on the Premier League.

For his impressive performances, the Icelander bagged the Premier League Player of the Month for March. As a result, he became the first Icelander to win the award.

The Everton attacker amassed 18 appearances for the club during this stint and scored seven goals along with four assists.

Following his outstanding outings for the club, Swansea agreed to a £6.8 million fee for the talented midfielder with 1899 Hoffenheim.

On the other hand, things couldn’t get any worse as the Welsh-based club. Not only did they lose their manager Brendan Rogers to Liverpool, Sigurdsson too declined the offer to join the club permanently.

As it later turned out, the Iceland international had been in contact with Tottenham Hotspur, who eventually signed him on 4 July 2012 for £8 million. Gylfi scored his first goal for the club against Carlisle United in a League Cup tie.

But ultimately, the Icelander’s time at the club was not very fruitful. He managed a total of 13 goals and 9 assists in 83 appearances. By a player of his standard, it was nowhere near the best.

The Icelandic international was a shadow of the player he was at Swansea. Playing football at Tottenham seemed like a nightmare for Gylfi, as most of the time, he featured as a substitute.

Sigurdsson never managed to cement a starting place at the London-based club. Therefore, to resurrect his career, he decided to rejoin Swansea.

With the welsh based club, Sigurdsson had gained a worldwide reputation for himself.

So when the welsh established club came calling, it was a no-brainer. It was as if the man had been reborn.

Sigurdsson quickly regained his form and started playing like the player we all knew he was.

This time though, Gylfi stayed at the club for a little longer as he helped them become an established Premier League club.

The midfielder remained at the club for three years, appearing 112 times for the Welsh-based club scoring 30 goals and assisted 25 times.

In his final season at Swansea, Gylfi single-handedly rescued them from relegation with his nine goals and 13 assists.

Due to his impressive form, Everton swooped in and signed the Icelandic attacker for a club-record £40 million with potential add-ons.
The Everton midfielder scored on his full debut for the club with a sublime 50 yards goal in the UEFA Europa League match against Hadjuk Split.
As of now, Gylfi has appeared for the club a total of 85 times. At the same time, the Icelander scored 22 goals and provided 14 assists for his teammates.
At the moment, Sigurdsson is one of the most important players for Everton. The midfielder is working tirelessly to vie for a place to play in Europe next season.

The Everton midfielder’s international journey with the 2008 U19 European Championship qualifying.
In particular, the Icelander’s individual performances were the only positive from the campaign as Iceland U-19’s could not qualify for the finals.
Gylfi performed outstandingly for the underage group level for Iceland and deservedly got his call up to the senior national team in May 2010.
He made his full debut against Andorra in a 4-0 win in which the attacker provided the assist for the second goal.
Over time, Sigurdsson has probably become the best player in the Iceland national team.
The midfielder’s international career highlight has to be the two UEFA Euro 2016 qualifying matches against the Netherlands, along with countless match-winning performances.

Sigurdsson scored two goals in the first leg and, on top of that, scored another in the return leg.

Iceland beat the mighty Netherlands two times in a row, and Gylfi was the best player in both those matches.