Players like Jennie Finch remind us of the dreaded Corona Virus. The reason we say this is because they come once in a generation, but when they do, they take everyone’s breath away.

But, don’t be mistaken because we say it with the best of intentions. Furthermore, according to many, Jennie is the best female softball pitcher ever to play the game.

And, judging by her list of records and achievements, one would be foolish enough to argue with the fact.

Scroll on down as we have an article about Jennie that will cure your boredom during the lockdown period due to the Corona Virus.

Here, you will find information on her personal and professional life and various other subjects.

Born to parents Doug Finch and Beb Finch on September 3, 1980, Jennie Finch grew up in La Mirada, California as a kid. Back in the days, her father, Doug, was her first inspiration and coach in softball. Finch with her mother and daughter

Besides that, Jennie grew up with her two older brothers, Shane and Landon. Together, the three siblings would play softball whenever they had the chance. In fact, Finch started playing with her brothers since she was five years old.

Talking about her high school years, the 39-year-old was a star player for La Mirada High School in many sports.

To illustrate, Jennie lettered twice in basketball and volleyball and another four times in softball. Added to that, she was also the captain of all three teams.

To say the least, Jennie had one of the best college careers of all time. During four years with the University of Arizona, Finch set many records. For example, she set for winning most consecutive games at 51.

Also, she left the program as the leader in shutouts, strikeouts, innings pitched, and tied for no-hitters (8). Furthermore, Jennie was also in the top-10 in RBIs, home runs, and walks.

As a result, the University of Arizona retired Finch’s jersey number 27 to honor the best female softball player in the university’s history. Moreover, the ceremony took place on May 9, 2003, at Hillenbrand Stadium.

Finch ended her 2001 season with Arizona Wildcats with a pitching record of 32-0 and established the NCAA record. When she posted a 3-0 record in Oklahoma City, she was honored with the title of the most outstanding player.

Finch recorded a fielding percentage of .983 in 297 chances as a first baseman. She went 3-0 and an ERA of 0.35  in Regionals, receiving the award of Most Outstanding Player for the second time.

Moreover, she hit .353 and four doubles, a home run, and six RBIs that led Arizona Wildcats to win in the Regionals.

When it comes to Finch’s professional career, it is as wonderful if not more than her college stint.

Moreover, the 39-year-old also pitched two perfect games against the Philadelphia Force and the Akron Racers in 2009 and 2010, respectively.

Besides that, Jennie also leads the NPF in career WHIP and ranks in the top-10 for ERA, strikeout ratio, fielding percentage, and time in strikeouts. Finch spent all her professional career with the Bandits.

Thus, for her glorious five years with the franchise, Chicago Bandits, just like Finch’s college, also retired her jersey in recognition of her achievements.

After her retirement in 2010, Jennie has appeared in various TV shows like Dancing with the Stars, The Celebrity Apprentice, and Pros vs. Joes, to name a few.

But it doesn’t end there because the 39-year-old has also modeled for the Sports Illustrated Swimsuit Edition. Thus, all we can say is that Finch is one talented lady.

When it comes to her international career, Jennie has won two medals at the holy grail of sports, the Olympics.

Jennie was born in the year 1980. Hence she is 39 years old at the moment. Likewise, the blonde beauty is an American by nationality as she grew up in California.

Moving on, Finch stands at 6 feet (1.83 m), but the information concerning her weight has been kept a secret.

During her playing career, Jennie played as a pitcher and a perfect one at that. In fact, the 39-year-old is an Olympic gold medalist.

And, about her horoscope, Jennie shares her birthday on the 3rd of September. As a result, Finch is a Virgo.

Likewise, Virgos usually possess characteristics like patience, kindness, and creativeness, among others.

What is Jennie Finch Salary | Net Worth & Career Earnings

As of 2022, Jennie has a $2 million net worth accrued from her career as a former softball player and color commentator.

Moreover, she was considered by many as the best softball pitcher during her ear. Hence, Finch commanded huge salaries back in the days.

Moreover, after retiring, Jennie also worked as a color commentator for ESPN.

The simple answer is yes, Jennie is still married and happier than ever. Talking about her marriage, she had a wedding proposal fitting for a Hollywood movie.

To elaborate, Finch’s husband, Casy Daigle, proposed to her at the University of Arizona’s softball field, which is also her alma mater. In an interview, Jennie quoted,

“He blindfolded me and took me to the mound and said, ‘You have been the queen of the diamond for four years. Now I want you to be the queen of my heart.”

Since then, the pair have brought three offsprings into this world. Similarly, Ace Shane was born on May 4, 2006, while Diesel Dean took birth on June 19, 2011.

The two lovers welcomed their third child on January 12, 2013, and named her Paisley Faye

As of now, the family of five are like best friends. Added to that, they constantly go on vacations and posts it on Jennie’s Instagram handle.

Thus, in the end, we would like to wish the Finch family all the good fortune and hope that they stay safe. 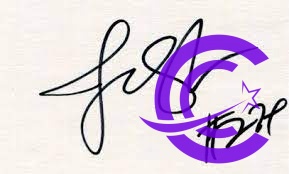 The Jennie Finch Empowerment Award is given to young female athletes that succeed in making an impact in the community with their integrity, humility, motivation, leadership, and commitment.

The award is provided by ARM AND HAMMER to four young women every year who succeeds in making a positive influence through their engagement in softball.

In 2021, it was decided that the winner of the Jennie Finch Empowerment Award will receive a college scholarship worth $10,000, courtesy of ARM & HAMMER, and a trip to the 2021 World Series.

She once stated that she has faced more than 35 major-league players, and only two of them could ever make contact against her.

How fast did Jennie Finch throw?

A softball thrown by Jennie Finch took the same amount of time to reach the plate as it takes for a 95-MPH pitch thrown from an MLB mound. Moreover, she threw it with motion and rotation that MLB players are not / were not used to pick up.