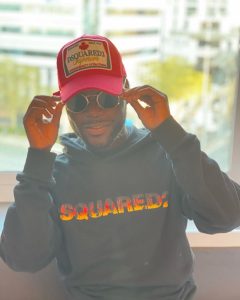 Knox Mutizwa (born 12 October 1993) is a Zimbabwean footballer who plays as a striker for Golden Arrows and the Zimbabwe national football team.
He was born in Bulawayo, Zimbabwe.

The Zimbabwean player was born in Phelandaba in Bulawayo, Zimbabwe. He attended Nyamande Primary School and finished his O’ levels at Skhulile High School. He began playing soccer at an early age. He was so talented that he was already playing for a local league side in division 4 while in grade two.
Growing up, Mutizwa was inspired by the dribbling artistry of Khama Billiat, who was playing for Mamelodi Sundowns. He often referred to Khama as his soccer idol because of his dribbling skills and attacking prowess.
Knox Mutizwa career professionally started with the Highlanders in 2011. As time went by, Knox Mutizwa soon became the team central striker as he took the Castle Lager Premier League by storm. The Bulawayo born’s significant impact on the team endeared him to the club’s faithful.

Also, Knox Mutizwa skills as an attacker and excellent calculating ability when scoring goals made him the most sought after striker in the league. It was not surprising after he soon joined the South African club, Golden Arrows, in 2016. He was ranked as the club’s top scorer with 13 league goals to his credit in the 2019/2020 season.

Knox Mutizwa is still single and not in any relationship or married.