Lourdes Gurriel Jr. Is one of the many Gurriels to make a name in the field of sports, especially in baseball. He is a versatile Cuban professional baseball who plays as a left fielder, a second baseman, and a shortstop for the Toronto Blue Jays of Major League Baseball (MLB). Prior to joining the big league, Lourdes Junior played for the Cuban National Series with the Sancti Spíritus and the Industriales. After he departed from Cuba, he became one of the top international prospects for MLB, and soon enough, he emerged as a free agent before joining the Toronto Blue Jays. Not to mention, he is the son of Lourdes Gurriel Sr., a Cuban legend who took home a gold medal in 1992. Also, both his brother are baseball players, one of whom competed in the Olympics and the World Cup as well. Let’s have a brief look at the table below before we go further to know about the life of Lourdes Gurriel Jr.

Not to mention, his father is also a former baseball player who represented Cuba in the Olympic Games, Baseball World Cup, and few other international games. Even more, Lourdes Gurriel Senior is regarded as a legend in Cuba who bagged a gold medal in the Olympics.

MOST IMPORTANTLY, THE GURRIELS ARE KNOWN TO BE THE FIRST FAMILY OF CUBAN BASEBALL.

Similarly, Gurriel’s brother, Yulieska, currently plays for the Houston Astros of Maor League Baseball (MLB). He is most commonly known as Yuli or “La Piña” among his friends. In 2006, Yuli received the Best Player in Cuba title. Following his father’s footsteps, Yuli represented Cuba in the 2004 Summer Olympics and the Baseball World Cup in 2003 and 2005. Gurriel brothers in a conference.

Also, his eldest brother, Yuniesky, is a baseball player as well but is not as renowned as his younger brothers. However, he is a great supporter of both Yuli and Lourdes Jr. Both Yuli and Lourdes Junior played for the Sancti Spíritus and are the first brothers in MLB history to record multiple home runs in the same day. Both of them started their baseball career at a young age. Lourdes Jr. was only 16 when he entered the Cuban Baseball Series; hence whether he completed his studies or not remains a question.

The well-known MLB player is 6 feet and 4 inches tall, which is 193 cm. In addition to his height, Lourdes Gurriel Jr. weighs 97 kg or 215 lbs. Lourdes has dark brown eyes and is incredibly serious about his hair and hairstyle. According to some sources, he takes up to 15 to 20 minutes each morning for his hair. As his hair is naturally curly, he straightens his locks and applies some gel for styling. Gurriel often goes for hair treatments and likes to put in a lot of time and effort to maintain his Piña hairstyle. As his hairstyle resonated with the top of a pineapple, it is known as Piña, which is pineapple in Spanish.

As a 16-year-old boy, Lourdes Gurriel made his professional debut in the Cuban National Series with Sancti Spíritus in 2010. He played as a pinch hitter, also called a substitute batter, and batted .200 in 15 at-bats (AB) in 16 games.

Similarly, Gurriel made his appearance in 55 games in the following season. He recorded .227 hits with three home runs and 16 runs batted ins (RBIs). Furthermore, Lourdes had a record of .253 hits in his final season with Sancti Spíritus, including four home runs and 32 RBI in 67 games.

Gurriel joined the Industriales of the Cuban National Series i 2013 Gurriel. Moreover, he played 45 games where he recorded .218 hits with one home run and 17 RBIs.  Gurriel also represented Cuba at the 2014 Central American and Caribbean Games prior to the start of the 2014 season, where he earned the gold medal.

In 2014, Lourdes gave his appearance in 63 games and recorded .308 hits with eight home runs and 42 RBIs. He had significantly improved his game-play since 2013. Additionally, he recorded .344 hits with ten home runs and 53 RBIs with the Industriales in 2015. After the Cuban League Series season, Gurriel signed a contract with the Yokohama DeNA BayStars of Nippon Professional Baseball (NPB). However, Lourdes did not appear in any of the games with Yokohama. Consequently, he was placed on the restricted list. Moreover, Lourdes and his brother, Yulieski, left Cuba in February 2016, after competing in the Caribbean Series to follow their dreams of joining the Major League Baseball. Not to mention, he signed a seven-year contract worth $22 million with the Toronto Blue Jays on November 12. Further, Gurriel participated in spring training with the Blue Jays. The Blue Jays assigned Lourder Jr. to the Advanced-A affiliated team named Dunedin Blue Jays of the Florida State League on March 17, 2017. But unfavorably, Gurriel started the season on the disabled list because of a leg injury. Then on April 18, he made his minor league debut but unfortunately left the game with a fresh outbreak of the same leg injury.  After appearing in 18 games with Dunedin, the Blue Jays subsequently promoted Gurriel to the Double-A affiliate team called New Hampshire Fisher Cats of the Eastern League.

Overall, Gurriel made his appearance in 64 games in 2017 and recorded .229 hits, including five home runs and 36 RBI. Additionally, he played for the Peoria Javelinas of the Arizona Fall League (AFL) during the off-season.

Later in the 2018 season, he started with New Hampshire Fisher Cats. Besides, Lourdes Gurriel Jr. recorded .347 hits in 12 games, and the Blue Jays eventually promoted him to the major leagues on April 20. Furthermore, Gurriel made his major league debut on April 20 and scored two singles and three RBI. Similarly, Gurriel hit his first professional home run on April 28, Gurriel against Bartolo Colón of the Texas Rangers. Likewise, Lourdes Gurriel Jr. hit his first double home runs on July 27, in a 10-5 win over the Chicago White Sox. Not to mention, he became the first rookie in baseball’s modern era to have ten consecutive multi-hit games by collecting a pair of singles in Toronto’s game against the White Sox.

To top that off, the last rookie who received the title was Shoeless Joe Jackson in 1911. Even more so, on July 29, Gurriel broke Jackson’s record with by 11th consecutive multi-hit game. Besides, Joe Jackson also had the overall American League record with an 11-game multi-hit streak in 1912. However, Gurriel tied Jackson’s all-time AL record simultaneously with breaking the rookie record. Unfortunately, Lourdes Gurriel Jr. spent time on the disabled list after suffering an injury during his third hit of the game on July 29. Moreover, Gurriel sadly ended the remaining season on September 25, with a sore left hamstring.

Similarly, Lourdes started the 2019 season with a record of .175 hits in 13 games. However, he struggled with throws from the second base, so the Blue Jays assigned Gurriel to the Triple-A affiliate team, Buffalo Bisons of the International League as an outfielder.

Furthermore, In 2019 he rejoined the Blue Jays in the major league and led all major league left fielders with nine defense assists. Similarly, on offense, he recorded .277 hits with 20 home runs in a total of 84 games. Even more, he received the team’s player of the year award and the most improved player for 2019. Likewise, Gurriel had a record of .308 hits, including eleven home runs and 33 RBIs in 57 games total in the 2020 Toronto Blue Jays season. Not to forget, he was also nominated as one of the finalists for the Gold Globe award.

Gurriel Jr. wore jersey number 13 for the Toronto Blue Jays. Here’s a picture of him in his Blue Jays jersey: 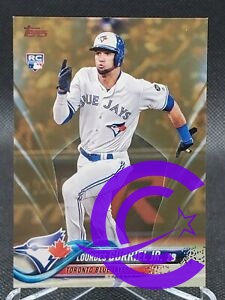 The Cuban native is married to his long-time girlfriend, Jennifer Álvarez. The couple got hitched in 2019 and has two beautiful sons together. Their names, however, is a mystery to us as it is not yet available online. Also, details about his wife, Jennifer, is not available. But Lourdes Jr. keeps posting pictures of his wife and sons to appreciate and show his love towards them. Apart from being a husband, father, son, and brother, Gurriel is also one of the Gurriel Store founders (Piña Power).  Also, Lourdes is not very fluent in speaking English; however, he has the necessary skills. Most often, both the Gurriel brothers have a translator with them in the interviews.

Piña Power is mainly focused on athletic clothing and accessories and got its name from the famous hairstyles of the Gurriel brothers. Gurriel jr.’s pina power shirt is an officially licensed product of the Major League Baseball Players Association.  It is unisex and available in yellow, Light brown, and black and white print on super-comfortable royal tees. https://twitter.com/yunitogurriel/status/1409288229191356419?s=20 You can purchase Lourdes Gurriel hr.’s pina power shirt on the website of eBay. Visit the website of Baseball Savant to see a detailed overview of Gurriel Jr.’s baseball career.

On average, a baseball pitcher earns $2.8 million per year. Similarly, Lourdes Gurriel earns $3.14 million per year and ranks in the 401st position among all the MLB players. His current net worth is estimated at over $1 million as of 2020.

APART FROM HIS BASEBALL EARNINGS, HIS SECONDARY INCOME SOURCE IS FROM HIS CLOTHING BRAND AND OTHER ENDORSEMENTS.

How tall is Lourdes Gurriel Jr. in feet?