Luka Doncic is a Slovenian professional basketball player for the Slovenian national team as well as the Dallas Mavericks of the National Basketball Association (NBA).

He has broken several NBA and EuroLeague champion history records and has been named NBA All-Star, All-NBA First Team, and NBA Rookie of the Year. Before we go into his personal and professional life, here are some quick facts about Luka Doncic.

Luka was born on February 28, 1999, in Ljubljana, Slovenia. He is Sasa Doncic (father) son, of a basketball coach and former player, and Mirjam Poterbin (mother), an owner of beauty salons.

It is unknown whether he has any siblings or not. When his parents got divorced in 2008, his mother got custody and legal guardianship. 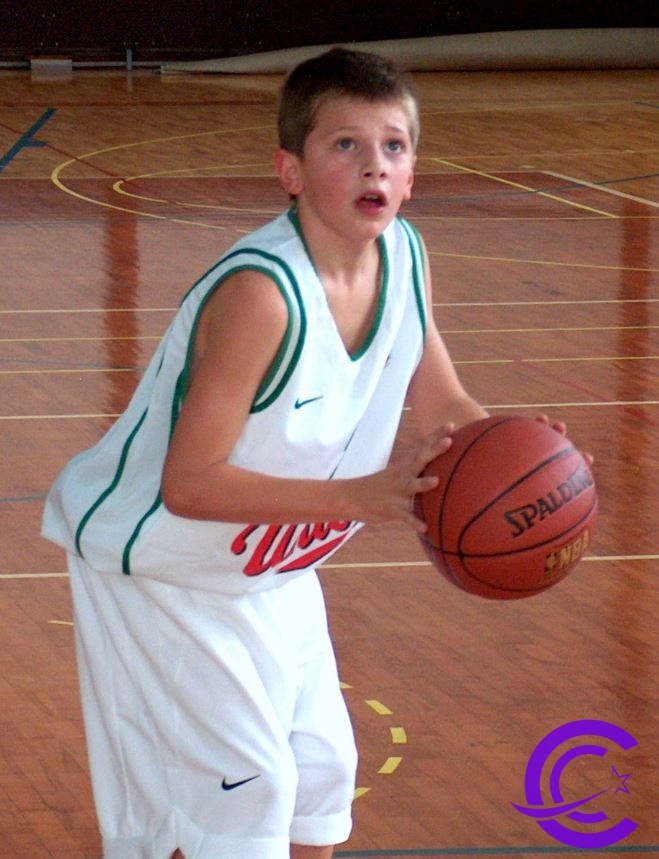 Luka touched his first basketball at seven months and played with a miniature hoop by the age of one. Growing up, he played various sports but later quit after growing too tall.

He began playing basketball at primary school in Ljubljana when he was seven years old, and his opponents would be up to ten years old.

He stands 6 ft and 7 inches (or 201 cm) tall and weighs approximately 230 pounds (or 104 kg). His green eyes and brown hair complement his smooth skin, not to mention his athletic body structure.

Luka started practicing with 11 years old players when he was just eight at the invitation of Olimpija Basketball School coach Grega Brezovec.

In the next season, he would practice with the under-14 team but could only play for Olimpija’s under-12 team as per the league rules. He played for the under-14 Vasas Intesa Sanpaolo Cup in Budapest in September 2011 and was named the Most Valuable Player (MVP) despite finishing as runners-up to FC Barcelona.

Luka was loaned to the club Real Madrid in February 2012 for the under-14 Spanish club competition Minicopa Endesa.

In April 2012, he played in the under-13 Lido do Roma Tournament for Olimpija and was the leading scorer with 34.5 points per game. He was named the MVP.

In September 2012, when he was 13 years old, Luka signed a five-year contract with Real Madrid. He helped Madrid win the Minicopa Endesa and averaged 24.5 points, 13 rebounds, 4 assists, and 6 steals per game in February 2013.

In the final game, he aided the team with 25 points, 16 rebounds, and 5 steals to defeat FC Barcelona. In March, he scored 25 points in a game against the Gran Canaria youth team and helped win the championship games.

He assisted in the Group B of the Liga EBA win with the reserve team, the amateur fourth-division of Spanish basketball. He averaged 13.5 points, 5.9 rebounds, and 3.1 assists.

Although he was two years younger than the rest of the team, in January 2015, he won the under-18 Ciutat de L’Hospitalet Tournament and was selected to the All-Tournament Team.

In May 2015, he defeated defending champions  Crvena Zvezda Belgrade in the final and won the under-18 Next Generation Tournament.

Luka made his professional debut on April 30, 2015, for Real Madrid. He was in the Liga ACB against Unicaja. He became the youngest player to ever play for Real Madrid at the age of 16 years, two months, and two days.

Luka was also the third-youngest debutant in the league history, the other two being Ricky Rubio and Angel Rebolo.

Luka became a regular member of the 2015-16 season for Real Madrid’s senior team. On October 8, 2015, he played in an NBA preseason game against the Boston Celtics and collected 4 rebounds, 1 assist, and 1 block.

On November 29, he scored a season-high 15 points, 6 rebounds, and 4 assists against Bilbao and set a new ACB record for most points and highest Performance Index Rating (PIR) in an under-17 game.

Luka made this season’s debut against Unicaja and scored 6 points and 4 assists in just 19 minutes. He also played in an NBA preseason on October 3, 2016, and scored 3 points, 5 rebounds, and 4 assists against Oklahoma City Thunder.

On December 4, he posted a double-double of 23 points and 11 assists, both season-highs, in a 92–76 win over Montakit Fuenlabrada. Besides, he got his first ACB player of the week honors due to this game.

On December 8, 2016, Luka scored a team-high 17 points against Žalgiris Kaunas in a EuroLeague victory.

He became the youngest player to be named MVP of the Round on December 22 after a 95-72 win over Brose Bamberg, where he scored 16 points, 6 rebounds, 5 assists, and 3 steals.

On February 18, Luka scored a season-high 23 points in the Spanish King’s Cup against Baskonia. In the 2017 EuroLeague Playoffs, he recorded 11 points, 5 rebounds, and 7 assists and led Real Madrid to a EuroLeague Final Four berth.

Besides, he won the MVP of the Round. He played 42 ACB games in the season and averaged 7.5 points, 4.4 rebounds, and 3 assists per game.

Besides, he played 35 EuroLeague contests and averaged 7.8 points, 4.5 rebounds, and 4.2 assists per game.

Luka made his season debut against MoraBanc Andorra, recorded 8 points, 6 rebounds, and 4 assists, and won by 94-88. In his first EuroLeague game of the season, on October 12, he got a career-high 27 points.

On October 24, he was named EuroLeague MVP of the Round after erupting for 27 points, 8 rebounds, 5 assists, and 3 steals.

Two days later, he was again named the same with his career-best 28 points in an 87-66 win over Zalgiris Kaunas.

Luka became the youngest player to win the EuroLeague MVP of the Month honors. He scored a career-high 33 points, 6 rebounds, and 4 assists against Olympiacos Piraeus on December 8.

Real Madrid won over Fenerbahce Dogus and had a 79-77 victory in the EuroLeague championship on December 28, where Luka got 20 points, 10 assists, and 8 rebounds.

He became the youngest recipient of the award ACB Player of the Month for the month of December.

Also, he became the youngest winner of the EuroLeague MVP award and averaged 16 points, 4.9 rebounds, and 4.3 assists per game over 33 EuroLeague games and led the league in PIR.

In a game against the Minnesota Timberwolves on October 20, he became the youngest 20-point scorer in franchise history.

He was named NBA Rookie of the Month in the Western Conference for November 2018. On December 28, Dončić scored 34 points and became the youngest NBA player to make seven three-pointers in a game.