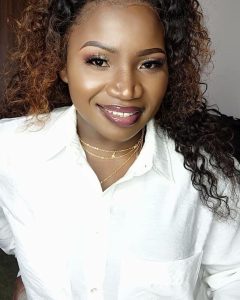 Ndivhudzannyi Ralivhona (born 30 June 1996) popularly known by her stage name as Makhadzi, is a South African singer. Born and raised in Ha-Mashamba, Limpopo, she is best known for her songs “Tshanda Vhuya” and “Matorokisi”.
Makhadzi’s 2020 album Kokovha (“Crawl”) became one of her biggest successes and debuted at number one on the South African iTunes albums charts. It contained the chart-topping singles “Amadoda”, “Mphemphe”, “Kokovha” and “Tshikwama”.

Makhadzi was born in a small village called Ha-Mashamba Tshivhangani, just outside Elim in Limpopo province. After her parents separated, Ndivhudzannyi and her two siblings had to stay with their mother. She completed her grade 12 at Mukula Integrated School. Ndivhudzannyi obtained her qualification in Public Relations and she is currently studying drama.

Her career started at the age of 12, used to perform at Taxi ranks, getting money from people’s offerings. In 2019, Makhadzi was featured by Master KG on a song titled “Tshikwama”, released off the album Jerusalema.

In 2018, Makhadzi was hosted on Yo TV for her first television performance. She has since conducted interviews with various radio stations, including Munghana Lonene FM, Phalaphala FM, Nzhelele FM, Makhado FM, Sloot FM, and Capricon FM, where she spoke about her music, life and her hardships. She also appeared on The Morning Show on ETV. Makhadzi was one of the performers at the 2020 DSTV Mzansi Viewers Choice Awards. Her performance was hailed as one of the best performances of the night on social media.