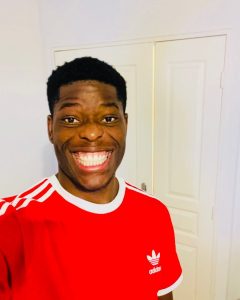 Marshall Nyasha Munetsi (born 22 June 1996) is a Zimbabwean professional footballer who plays as a midfielder for French club Reims and the Zimbabwe national team.

Munetsi was signed by South African National First Division side F.C. Cape Town in July 2015. The team released a statement saying that he was “…in the mould of a typical Yaya Touré. Big‚ strong‚ mobile and a good passer of the ball.” He made his professional debut on 26 September 2015 during a 3–1 loss to Black Leopards, and scored his first goal in a derby match against Milano United on 16 April 2016, where it ended up being the winning goal in a 1–0 game.

He attended trials with the Orlando Pirates, a team in the Premier Division, in December 2015.

Munetsi was called up to the national team ahead of the 2019 Africa Cup of Nations in Egypt. He was among the squad for the 2021 AFCON in Cameroon.