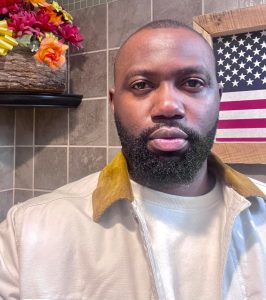 Masiye Kalso Kasaru (born 20 November 1985) popularly known by his stage name as Maskal is a Malawian Afro-R&B singer from Ntcheu. His most popular song is “Udalire”. He was nominated in two categories at the Malawian Music Awards (MMA) 2011 – “Best Male” and “Best R&B”. He won Best Male Vocal for the MMA 2011.

Maskal’s real name is Masiye Kalso Kasaru, he was born on 20 November 1985 in Blantyre, Malawi. Maskal, or SingJay, as he is known by his adoring fans and friends has fast become a household name in Malawi. He is signed to Nde’feyo Entertainment. Maskal’s Music Maskal’s music ranges from soul to rhythm and blues, all of it delivered with an afro feel, it is known as Afro-R&B. SingJay is a songwriter and vocalist who has become well known for his love songs, which he naturally delivers with enchanting and effortless rhymes. Maskal’s Career: Maskal composed his first song I miss you in 2002, a special dedication to his late mother, which he recorded in 2006. His second recording was Yesterday with Percy Manyozo, the main producer of his debut album Nthawi released in October, 2010 under Nde’feyo Entertainment. Spearheaded by singles Kuwala Kwako, Udalire, Ndiwe Wanga and Wa CV, Maskal’s talent is unquestionable. Maskal’s Collaborations & Performances Since the launch of his career, Maskal has worked and shared the stage with both local and international superstars. On the local scene, among others, he has done collaborations with Young Kay, Tigris and legendary musician Lucius Banda on a track Malawi Goodlife, which also features hip-hop artists Biriwiri, Young Kay and Germany’s Milli Maximal and OJ Kingpin. He has headlined at almost all the major music events locally in 2011 and on 25April, he performed alongside US rapper/singer Sean Kingston in Malawi’s capital Lilongwe.

Since launching his career he has collaborated on songs like “Malawi Goodlife” with Lucius Banda, Black Missionaries, Young Kay and Tigris. He released his first album “Nthawi” in 2010. He has performed at many local concerts and shows. He was the fourth Malawian to perform at Big Brother Africa show.

In 2012, he released two hit singles “Zili ndi iwe, and “Usatope” for the second album “Umunthu” which also included the hit songs such as “Umamva bwanji”, and “Umpeze wina”. In 2013 he released another hit single The Way You are in the UK.

The two who married two years ago and have a daughter are said to have been on separation for over a year now (since 2015).