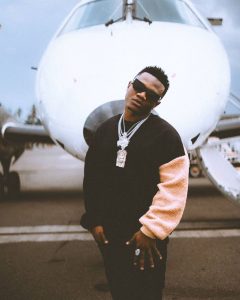 Mbwana Yusuf Kilungi (born 3 October 1991), better known by his stage name Mbosso, is a Tanzanian singer and songwriter born in Kibiti, Pwani Region, he is currently based in Dar es Salaam and signed under WCB Wasafi record label. Mbosso is known for his songs “Nadekezwa” and “Hodari” which won Video of the Year at HiPipo Awards 2019. Mbosso released his debut studio album, Definition of Love, in March 2021.

Mbosso was born and raised in Kibiti, a small town in Tanzania on 3 October 1991. His mother is Hadija Salom Kikaali, and his father is Yusufu Mbwana Kilungi.

He started his music career as one of four members of Yamoto Band between 2013 and 2015. At that time his stage name was “Maromboso”. The group was named best band of 2015 at Kilimanjaro Music Awards. The musical group later disbanded in 2015.

In 2018 Mbosso was signed to WCB Wasafi, a record label founded by Diamond Platnumz where he re-launched his music career as a solo artist and released songs including “Maajabu”, “Picha Yake”, “Tamu” and “Tamba”.

Mbosso is currently single and dating or in any relationship. Mbosso is also not yet married.