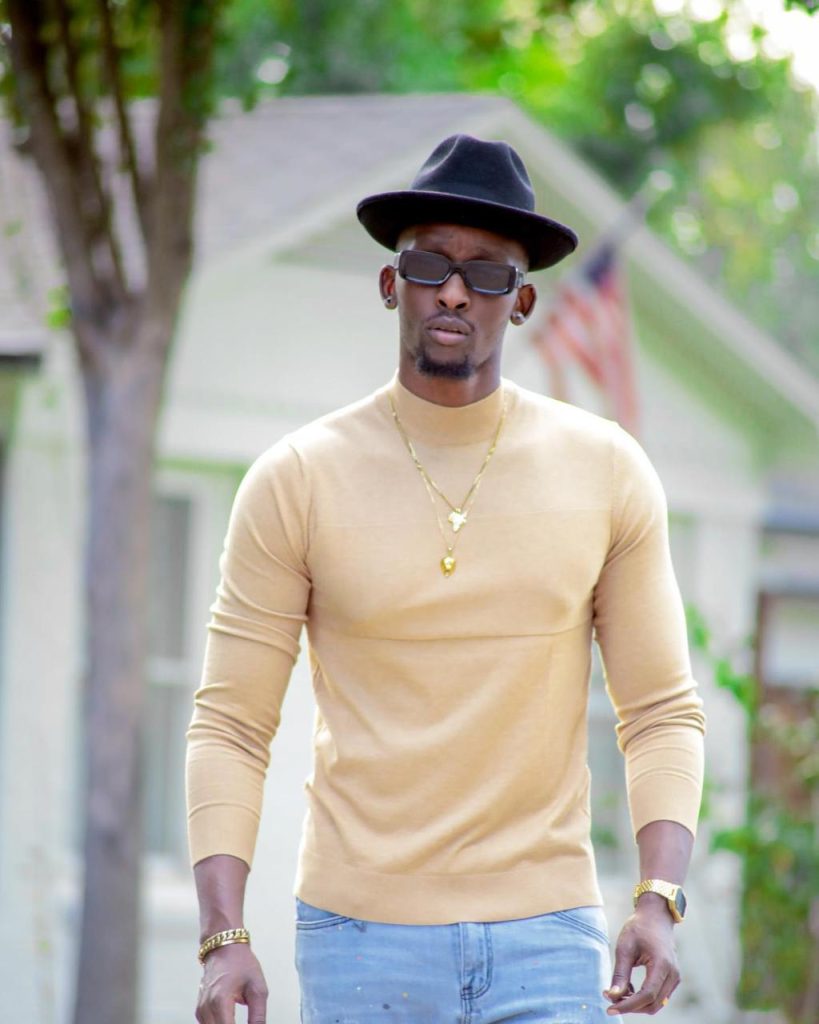 Ngabo Médard Jobert (born 7 August 1989), popularly known by his stage name as Meddy, is a Rwandan RnB and Pop artist, singer, songwriter based in the U.S since July 4, 2010. At first, he lived in Chicago, where he was a member of PressOne music label and later moved to Texas to continue his studies, and then continued his music career.

The artist went on to make music in the U.S after he had already made a name for himself in Rwanda through various songs that started his music such as “Amayobera”, “Akaramata”, “Ubuntu”, “Ese Urambona” and more.
Throughout his career, Meddy has released and featured on many of the most popular songs in Rwanda, among Rwandans living abroad and in the Great Lakes Region.

His parents were also music lovers, his father was only a great guitar player and the young man did not have the opportunity to get to know him enough or to see him face to face because his father died when Meddy was very young.
Meddy fell in love with music at a young age because of her mother, who used to teach him to play Bob Marley songs, especially the Redemption song.

Although he grew up fond of music in his youth, he did not feel that he was going to be a great musician but he felt that he would be a great boxer and he used to beat up his little classmates.

This constant thirst for becoming a boxer led him to practice boxing between 2000 and 2003 but his mother forbade him even though it was difficult to give up.
Meddy attended nursery school at Ecole Independante in Burundi, and when his family returned to Rwanda he continued his primary education at Ecole Primaire St. Joseph and Ecole Primaire La Colombiere later.

In high school, Meddy studied mathematics and physics at La Colombière Secondary School. He has often said that he studied Actuarial Science at Tarrant County College in Texas where he continued his adult life.

In his third year of high school he was a member of the singing group called “Justified” at Zion Temple church in Kigali, where he sang with other well-known musicians in Rwanda including The Ben, as well as music producers like Mucyo Nicolas and Mbabazi Isaac popularly known as Lick Lick who helped him when he started music.

Although he is best known for his love songs, Meddy often sings hymns to God and his first song was called “Igihe cy’Imana” [meaning God’s Time in English] even though it never came out for his fans to hear.
These three years are a special time in the life of Meddy and his career because it was when he first became famous in music and he immediately became one of the most popular artists in Rwanda due to the fact that modern music was taking root.

In 2008, his song “Ungirira Ubuntu” was released. Then came “Akaramata”, “Amayobera” and “Ese Urambona” produced by Lick Lick. This is how his personal music life has come to be, and these songs have made him famous in Rwanda.

Meddy became very popular among music lovers in Rwanda from other songs he has performed such as “Igipimo”, “Ubanza Ngukunda” and “Inkoramutima” which also came to be named after his fans.
By 2010, Meddy and The Ben were Rwanda’s most influential artists and performers.

On July 4, 2010, the two were among artists headed to the United States to sing at the Urugwiro Conference, a concert organized by the Rwandan Diaspora and then decided to stay.
Since then it has become a hotly debated story and has not pleased their fans in Rwanda, with some accusing them of ‘fleeing their country’ which was considered a punishable offense because they had no credentials to allow them to live in the United States.

After arriving in the United States, Meddy immediately settled in Chicago where he continued to make music in PressOne music label which were composed by other artists like The Ben, rapper K8 Kavuyo and their producer Lick Lick as well as their Video Producer known as Cedru.
They have once again captured the hearts of their fans with their talent in music.
On Meddy’s side he performed in the US a variety of songs such as “Oya Ma”, “Nasara”, “Holy Spirit” and “Kigali” featuring all Press One artists, which made him to continue to be popular in his motherland.

From 2013 to the present Meddy lives in Texas. In the U.S he has performed a variety of popular songs including “Ntawamusimbura”, “Burinde Bucya”, “Adi Top” and “Slowly” which has made his name very popular in other countries like Tanzania, Uganda and Kenya and in various other countries.
Meddy is also considered to be one of the most popular artists in Burundi where he was born.
In 2015 Meddy started promoting his concert tour called “Ni Njyewe Meddy” which was to be performed in various European countries and wind up in Rwanda.

He began the concerts in various US states, continued in Canada, concluding his trip to Africa where he performed in Kenya and Tanzania and later reunited with his fans in Rwanda.

At exactly 3:50pm, August 26, 2017, the Slowly hit maker, walked out of arrival gate at Kigali International Airport. This marked the homecoming of adored Meddy, who left Rwanda for seven years in a somewhat controversial feat. Waiting for his arrival were dozens of his fans, family members and friends.
In Rwanda, he performed a historic concert on September 2, 2017, which was greeted by a large crowd of fans who had packed into the garden of the Golden Tulip Hotel in Nyamata Town, where it was held.
The concert was followed by other tours around the country organized by Airtel Rwanda.

Meddy continued to be invited to various concerts in Rwanda and in the region. The mega ones in Rwanda include ‘Kwita Izina’
In November 2019, Meddy performed at Wasafi Festival which took place at Posta and Kijitonyama playgrounds in Tanzania. This Festival were organized by Wasafi Record Label belonging to renown Tanzanian artiste Diamond Platnumz.

Despite performing only one song due to a long line up of artistes and limited time, Meddy enjoyed his time on stage, singing along with the fans who seemed to know the “Slowly”, one of his songs.

Meddy has a girlfriend named Mehfira Mimi, 30, from Ethiopia who was featured in his song called “Ntawamusimbura”.
In 2018, the R&B crooner came to Rwanda from the U.S with Ethiopian girlfriend. On Christmas, he introduced her to his family and his mother welcomed her with open arms.
The couple has been spotted on various luxury beaches in both USA and Mexico enjoying themselves which fueled rumors of engagement in 2019.
Meddy is currently married to his beautiful wife “Mimi Mehfira” since 2021.
US-based singer Medard Jobert Ngabo, commonly known by stage name as Meddy, dropped a new song, ‘My Vow’ (2021), in dedication to his wife Mimi Mehfira. It’s two months (May 2021) now since the couple tied the knot in a colorful ceremony held in Dallas, Texas.