Having featured for Morocco, Nacer Chadli eventually played for the Belgium national team in the Euro 2016 and the 2014 and 2018 World Cups.

But how is this possible? How can a player change his country like one changes clubs? Did he have a successful career with Belgium? 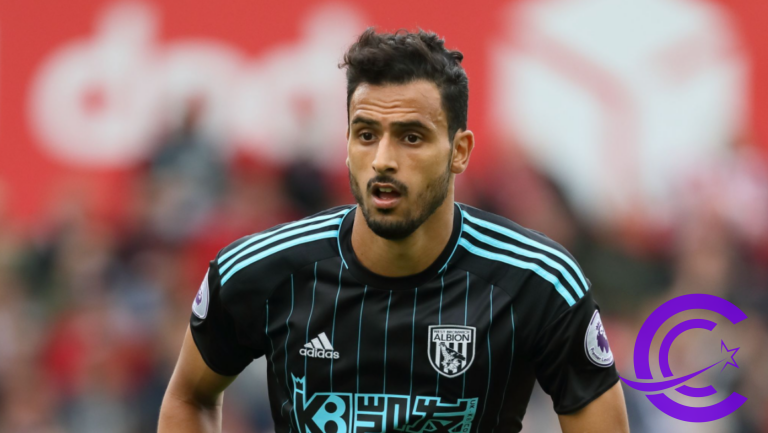 Well, don’t worry, my dear viewers, as I have all the answers right here in this article. You will also find out about his early life, club career, stats, transfers, net worth, and family.

So without further ado, let’s get started with some quick facts.

Nacer was born on 2 August 1989 to his parents, Ramdam Chadli and Fatima Chelski. He was born in Liege, Belgium.

As for his siblings, Nacer has two elder brothers, namely, Jamal Chadli and Amine Chadli. Besides, the Belgian international has an unnamed sister.

We scoured the whole internet but couldn’t find her name. But, we will update it as soon as the information is made available.

Moreover, when Chadli was still a child, his father decided to emigrate to Belgium from Morocco, searching for a quality life.

During that time, most young kids were involved in football. Therefore, it should come as no surprise that young Chadli fell in love with football at a very young age. Chadli then and now

The Belgian international started his football training with hometown club JS Their-a-liege. After impressing his coaches and scouts alike, Chadli moved to the youth academy of Standard Liege to continue his development.

Subsequently, having spent some time at the Liege academy, Nacer moved on to AGOVVV Apeldom, where the future Belgium international would start his professional career.

Unlike most other top footballers, Chadli’s professional career started with Dutch second division side AGOVV Apeldoorn.

Having impressed many scouts, Nacer’s manager, Ted Van Leeuwen, feared that top division clubs would take the Belgian international away from their hands.

On the contrary, the attacking midfielder stayed with the club for three years until Dutch top division side FC Twente swooped in and signed the young prodigy.

By the time he finished his three years with the second division team, Chadli had played in a total of 93 games scoring 29 goals.

Considering the clubs scouting Chadli, FC Twente considered themselves lucky to acquire the services of Nacer.

Their expectations of the flying winger got fulfilled as in his three seasons with the club; the Belgian native played in 123 matches in which he scored 40 goals and provided a further 20 assists. 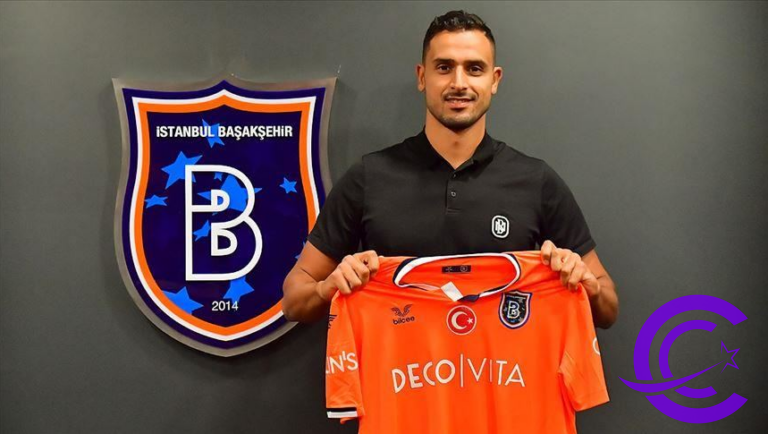 The most notable moment of his time with Twente was the KNVB cup win in his first season. Over the duration of the cup, Chadli managed to score three goals and provide one assist in the six games.

Following his impressive outings for the Dutch Eredivise side, Tottenham Hotspur wanted the attacking midfielder to bolster their roster.

Subsequently, Nacer signed for the North London outfit in a £7 million deal on 21 July 2013.

During his three seasons at White Hart Lane, Chadli became a vital player; however, he could never cement a starting spot.

To emphasize, Nacer scored a measly five and seven goals in his first and last seasons, respectively.

Contrarily, the only season worthy of his abilities was the winger’s second season at Tottenham, in which he scored 13 times and assisted five times in 45 appearances.

As a consequence, Nacer decided that a change was needed to revive his career. Subsequently, the flying winger signed for West Bromwich Albion in a £13 million deal on 29 August 2016.

Finally, the Belgian international found the perfect club to further his football career. To illustrate, Chadli contributed to all of his team’s goals in a 4-2 win over West Ham.

The attacking midfielder scored twice and assisted a further two times on his home debut for the Baggies. At this point, Nacer felt like he finally found a suitable club to showcase his talent to the whole world. 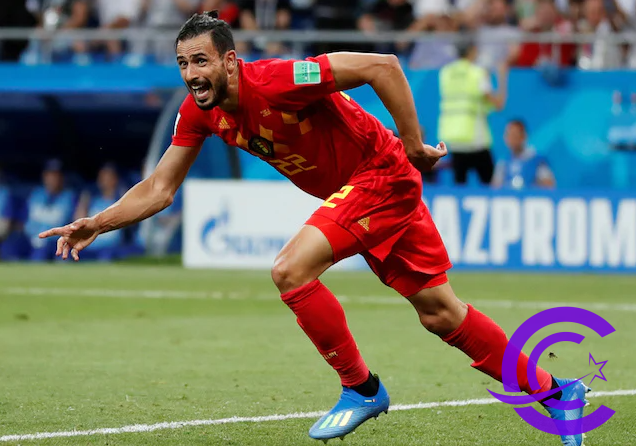 Nacer Chadli inside the field.

Conversely, the Belgian international’s time with West Brom was anything but successful. In other words, Chadli managed a measly 38 appearances in his two seasons with the club.

And within that time, he could only muster up an underwhelming six goals and five assists. Furthermore, his time with the baggies was plighted with injuries that played a part in his lousy form.

Once again, Nacer needed a change in surrounding to re-ignite his love for football because Chadli had lost his passion for the sport that made him a celebrity and changed his life for good.

For this reason, when Monaco, one of France’s top clubs, showed interest in Chadli, he jumped at the opportunity.

Also, West Brom got relegated the same year, which further added an incentive to move away from the club. Subsequently, Monaco signed the Belgian international on a three-year contract.

Having spent the last two years battling relegation, it was a nice change in circumstances as now Chadli was fighting for a spot in the Champions League with the Principality club.

But that was as good as it got for the Belgian international. Due to a combination of bad form and loss of confidence, Nacer did not score a single goal for Monaco’s 22 appearances.

By this time, the then 29-year-old hit an all-time low in his professional career. Therefore, just like before, the Belgian native decided that a change was needed. 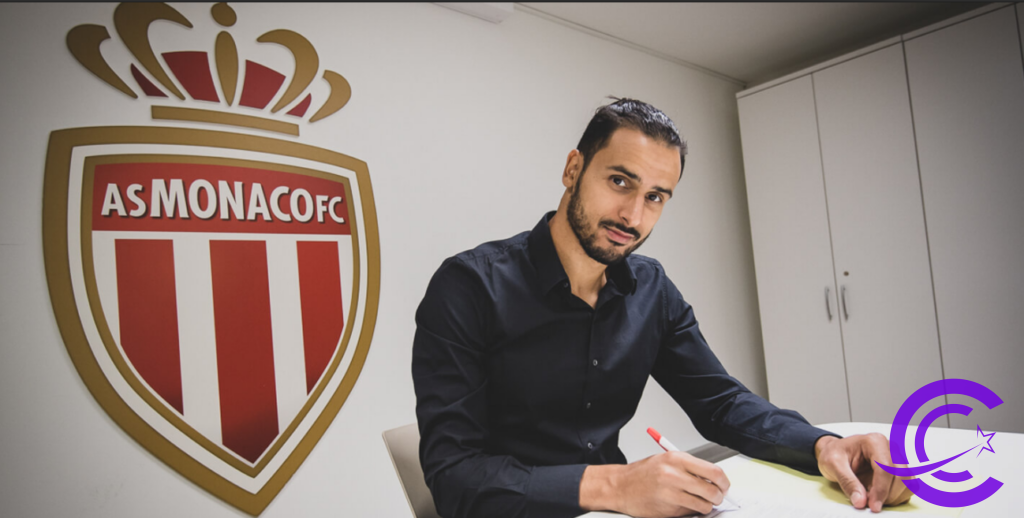 Nacer Chaldi for AS Monaco.

This time, Chadli moved to one of the biggest clubs in his birth country of  Belgium, Anderlecht. At the time of writing, Nacer has managed seven goals and five assists in his 18 appearances.

Furthermore, Chadli seems to have found the form he showed during his Twente days, which earned him a move to the Premier League.

And with still another half-season left to play, I am pretty sure that Chadli will get back to his true self.

What many fans don’t know is that Chadli holds dual citizenship in Belgium and Morocco. As a result, Nacer could represent his birth nation, Belgium, or his father’s homeland of Morocco.

At first, Nacer decided to play for Morocco as he felt a strong connection with his ancestorial home.

To illustrate, the pacy winger played for Morocco in a friendly against Northern Ireland in a 1-1 draw. For his impressive performances, Chadli earned the man of the match.

However, the Anderlecht attacker had a heart change as he announced his intentions of playing for his birth nation Belgium. Subsequently, Chadli made his debut for the Red Devils in a friendly against Finland.

Over the duration of nine years since Nacer made his debut for Belgium, Chadli has managed to appear in 59 matches while scoring eight goals and providing nine assists.

The Belgian international has played in the 2014 FIFA World Cup, Euro 2016, and the inaugural UEFA Nations League.

However, Nacer’s best moment with the national team has to be at the 2018 FIFA World Cup, in which the Red Devils managed to secure third place.

Also, the third-place finish was the highest that Belgium has finished in its history.

Furthermore, on 2 July 2018, Chadli came off the bench to score the winning goal in injury time to lift Belgium to a 3–2 victory against Japan.

The goal was later nominated for the Goal of the Tournament at the World Cup. Thus, in conclusion, the Belgium national team has managed to qualify for the EURO 2020.

And, I have full faith in Chadli and the Red Devils that they will perform well and, who knows, even win the trophy.

How much does Nacer Chadli earn per year? Net Worth & TransferMarkt

Like many other footballers, Chadli has earned millions throughout his playing career. As a result, his current net worth stands at $9 million as of now.

Furthermore, at his current club Anderlecht, Chadli is believed to be earning over €150,000 per week or €7.8 million per year.

However, a certain amount has to be paid in taxes as per the regulations. Therefore, Nacer’s net worth has taken a little bit of a hit.

On the contrary, I don’t think that the Belgian international feels the pinch of the taxes like ordinary people do.

As of now, the TransferMarkt website values Chadli at $11 million, which is a respectable sum of money.

Contrarily, I believe that his value is on the rise as per his form this season for Anderlecht. The flying winger has scored seven goals and provided five assists in his 18 appearances for the club.

Returning to the matter at hand, Nacer is an extremely introverted person as Chadli has not allowed any of his relationships to go public.

So, we don’t know whether the Belgian native is engaged or married, for that matter.

However, judging from his Instagram posts, Nacer seems to be an amiable guy that likes to spend free time on tours and vacations to different parts of the world.

Additionally, the Anderlecht winger is a keen fashion lover as he regularly posts his different clothing styles through various social media platforms.

Nacer Chadli is quite active on social media platforms. You can follow him via these links.

Where is Nacer Chadli from?

Nacer Chadli is Belgium-born, but he has his roots in Morocco.

What is Nacer Chadli’s kit number?

Who does Nacer Chadli play for?

According to reports, Nacer would like to continue his career in Belgium and stay close to his family and in Roberto Martinez’s field of vision. So, this is why he rejected the offer from Montreal Impact.