The American football defensive end Nick Bosa has an estimated net worth of $23.7 million in 2022.

The competitive athlete Bosa got drafted in the 2019 NFL draft by the San Francisco 49ers. He got selected in the first round with the second overall pick.

Moreover, Nick was born on October 23, 1997, in Fort Lauderdale, Florida, into a football-rooted family. His father, John Bosa, got drafted by the Miami Dolphins in the 1987 NFL Draft.

Similarly, his brother Joey Bosa was drafted by the Los Angeles Chargers in the 2016 NFL Draft.

In addition to his family members, Nick’s other relatives, like his uncle Eric Kumerow and cousin Jake Kumerow also played for the NFL. 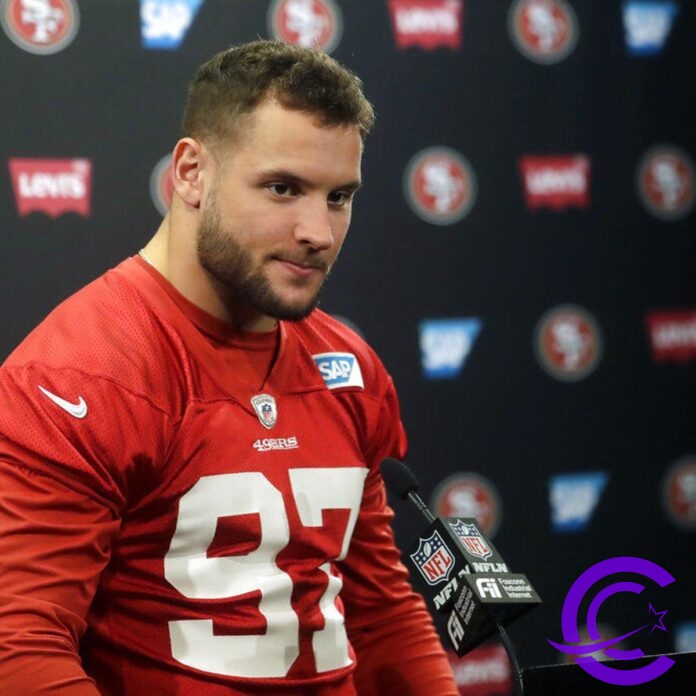 Also, Nick was listed as a five-star recruit and ranked among the best players during his high school career.

At the young age of 23, Bosa has made a massive fortune. And who knows what is still waiting for him in the future.

Let’s check some of the quick facts of Bosa before we examine his success and worth in detail.

The defensive player, Nick, makes most of his net worth playing professional football.

Moreover, his popularity has earned him sponsors like Nike, Panini, Kroger, and Electronic Arts.

To count his worth, we can start with his first contract with the San Francisco 49ers.

After a successful high school followed by his college football career, the 49ers selected him in the 2019 NFL draft in the first round.

As of early 2022, Nick has built a net worth of $23.7 million, which is likely to grow with his growing popularity.

Net Worth of Nick Bosa in Different Currencies

Let’s have a look into Nick Bosa’s net worth in different currencies, including the cryptocurrency BitCoin.

Soon after signing the NFL contract in 2019, Bosa purchased a two-story condo in the Thirty North Ocean developments. The luxury property values from $1.2 million to $1.55 million.

Being a beach boy, Nick could not think of living far from the ocean. He once said,

“I USED TO LIVE IN LAUDERDALE BEACH AND HAVE A LOT OF GOOD MEMORIES AS A KID.”

Talking about Nick’s condo, it is a part of a 24 unit complex. It features a private elevator, opening into 2500 square feet of indoor and outdoor living areas. 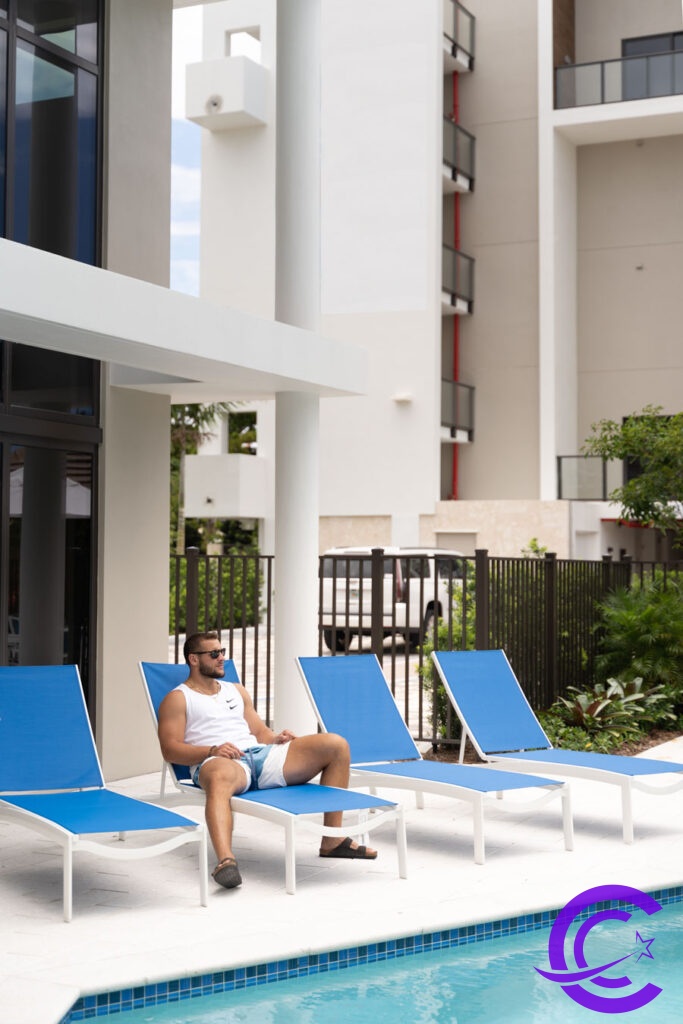 Nick Bosa enjoying at his condo in 30 Thirty North Ocean

After buying this property, Nick joined Southern Floridian property owners like his parents (John and Cheryl) and his brother, Joey.

There is not much information available regarding Nick’s rides and where he goes for vacations.

Either he is low key about his time, or he is focused more on his career and does not have time to show off his lifestyle.

When it comes to endorsements, Nick has been lucky. He has earned approximately—$ 1 million from various endorsements. Sponsors like Nike, Panini, Optimum Nutrition, Kroger, and Electronic Arts have been backing him up from the time of his arrival.

When it comes to clothing, Bosa has often been seen wearing suits from a popular personality like Michael Strahan (TV personality, journalist, and former NFL player).

On the day of Nick’s NFL draft, he wore a suit from Michael Strahan’s collection partnering with JC Penny.

Bosa is still young with his football career; who knows what he might endorse in the upcoming days.

Nick was born and raised in a football-oriented family. He has learned a lot from his father and brother. Also, he has great admiration for his family members in football.

Therefore, Bosa seems to believe in grooming younger athletes for a successful career.

Last year in June, he announced his eagerness to help kids learn football skills by partnering with Citibank and ProCamps.

ProCamps has been assisting young athletes in training with some of the biggest names in sports.

The defensive player, Bosa, is new to his thriving career and is likely to open up and contribute to various causes as he establishes himself well.

More than anything, Nick possesses the ability to learn from his mistakes.

Being born in a football family is a big achievement in itself, as you are likely to get early teaching and grooming.

The NFL defensive end Nick Bosa got a similar environment where almost everyone in the family understands and admires football.

Bosa said he had a dream of becoming a professional football player from the age of seven, which came true in 2019.

Many experts and analysts had various positive predictions for Bosa’s draft before the draft day. As predicted, Nick got selected by the San Francisco 49ers in the first round in the 2019 NFL Draft.

Soon, Bosa signed a four-year multimillion dollars contract with the 49ers with a fifth-year option.

In 2020, Nick got injured while playing against the New York Jets. The same year, Bosa was placed on the injured reserve.

No. Bosa is not married yet. According to rumors, he is seeing someone, but her name has not been disclosed yet.

Yes. Joey Bosa is Nick’s elder brother. Like Nick, Joey is also an NFL player, currently plays for the Los Angeles Chargers as an outside linebacker.

How tall is Nick Bosa?