Orlando Ortega is a professional hurdler famous as the 2016 Olympic silver medalist. Hailing from an athletic background, Ortega has given justice to his Cuban athletic family through his exceptional skills in hurdling.

Further, Ortega has also established himself as one of the competitive hurdlers in the world since his debut.

Being said that, Orlando has secured several medals by representing Spain in numerous championships to date. 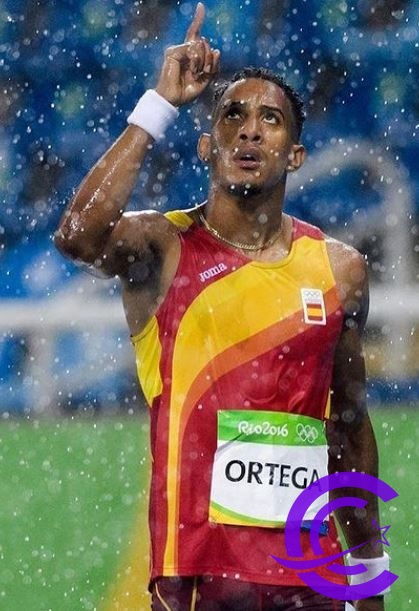 Wait, you might be wondering why he is playing for the Spain instead of Cuba, right? Worry not; we have complete detail on the topic in the article.

Also, Orlando is one of the hurdlers who will play at the Tokyo Olympics 2020. So, tune into the games to catch up with him. Now, let’s get into the article below.

Orlando was born on 29 July 1991. His birthplace is Havana, Cuba. He is 30 years old as writing this article.

Similarly, he secures Cancer as his zodiac sign. Also, the hurdler spent his childhood in his birthplace, where he has unforgettable memories.

Orlando is a son to his father, Orlando Ortega Senior, and an unidentified mother. The athlete has not shared much information on his birth mother until now.

Because of it, we are unable to get the needed data on her. However, some trusted sources revealed that the hurdler’s mother resides in Florida, United States of America.

In contrast, Ortega Senior has experience in sports. As he was aware of the strength and skills of many games, it was easier for him to know his son’s potential.

Orlando’s father was a great support system since his young days.

Being born to an athletic family, the hurdler was coached by his birth father for many years. Even Ortega’s father was the one to recognize his talent in hurdling.

Besides, there is no detail on the hurdler’s siblings so far.

Detail On Orlando Ortega’s Grandmother | Her Career Achievement And More

Orlando is the grandson of his late athletic grandmother, Christina Hechavarria. She was a Cuban sprinter who is remembered for winning a gold medal in the four times 100 meters relay at the Pan American Games in 1967.

Plus, Christina represented Cuba at the Central American and Caribbean Games in 1966. And she won a silver medal in the 100m.

Similarly, Orlando had a solid and irreplaceable bond with Christina since he was a child.

They had a relationship with the grandson and grandmother, but they also had a coach-student relationship. Yes, the Olympic silver medalist’s first coach was none other than his grandmother (Christina).

However, Orlando couldn’t show his success and progress to his late grandmother in a person as she left the world many years ago. But, she is celebrating all his accomplishments from heaven for sure.

Orlando went to one of the high schools in his birthplace, Cuba. During his school days, he played other sports like baseball and boxing.

Ortega got to know about athletics with the change in phase, which he showed a keen interest in. At the time, the hurdler was just 12 years old.

Then, Orlando divided his time between sports and education. Finally, after completing his schooling, he got enrolled in one of the colleges in Cuba.

As per many reliable sources, he majored in Physical Education from the unidentified college.

Orlando has a structured figure. On top of that, he stands at a towering height of 6 feet and 1 inch (1.85 meters).

By looking at his tallness, we can say that this has to be the additional requirement out of many for his best performance so far. 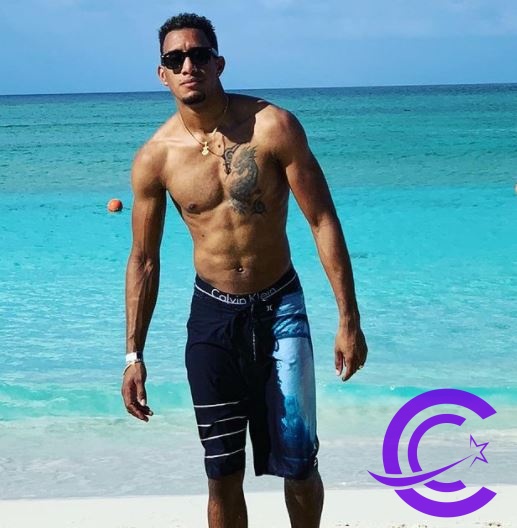 Orlando Ortega enjoyed a vacation in the Bahamas in 2018. ( Source: Instagram)

Likewise, Ortega has kept his body weight in balance. As of writing the article, he weighs about 154 lbs (70kg).

Besides, Orlando has black eyes. In addition, his medium-tone skin and black hair give him plus point in attracting many audiences in the field.

Orlando’s birthplace is Cuba, so he is defined as Cuban by most people. However, he holds citizenship in Spain. As a result, Ortega has Spanish as his nationality.

Regarding his ethnicity, the accurate information is out of reach.

However, as per an autosomal study conducted in 2014, Orlando is 72% European, 20% African, and 8% Amerindian. Therefore, for your information, the specified study was for the people born in Cuba.

Who Is Orlando Ortega’s Girlfriend? His Dating Life

Many people like Orlando, and he has a huge fan following. By looking at his physical appearance, every person can fall for him. But, who has captured the athlete’s heart? Has he found his soulmate yet?

Well, the answer is a big “YES.” You read it right; Orlando has already found his sweetheart.

He is dating a beautiful lady who goes by Aina Maro on her Instagram handle. And Aina has added her profession as an Artist in her gram’s bio.

Most probably, Orlando and Aina have been together for many years. So whenever possible, Ortega shares a post on his Instagram by writing lovely captions for his girlfriend. 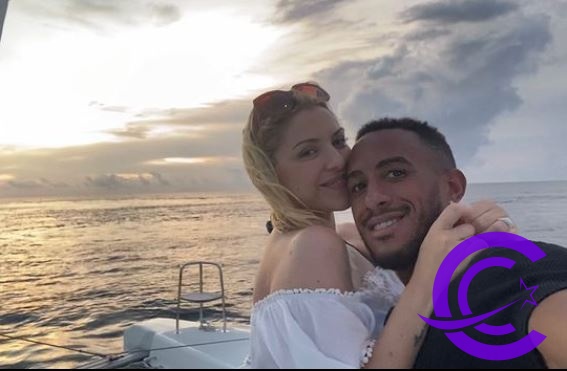 Well, the love is in the air. And Orlando and Aina seem very happy together. So, we wish them the best.

The professional hurdler has achieved huge success in his profession. Anyways, his accomplishment is not only limited to awards and trophies.

The athlete has also been able to earn considerable fortune along with his victories so far.

ORLANDO ORTEGA HAS A NET WORTH BETWEEN $1 MILLION – $5 MILLION.

On top of that, he makes hundreds and thousands of dollars as a winning prize.

Also, Orlando is sponsored by several brands, including Adidas. So, he has many sources to generate income besides his profession.

Orlando began developing an interest in hurdles at the age of 12. Since then, he didn’t look back. Under his grandmother and father’s guidance, Ortega got an opportunity to hone his skills in hurdling from the early days.

After polishing his hurdling skills, Orlando was selected to compete in the 2010 World Junior Championships. However, he couldn’t make it to the participants as he failed to complete his heat.

But, in 2011, Orlando showed his ability by winning in 13.56 seconds at the Barrientos Memorial. Then, he again gave his best personal of 13.29 at Havana Meeting.

Later, Orlando competed at the Pan American Games in 2011. And he began his journey of success by acquiring a bronze medal at the game.

Then, Ortega did his best to qualify for the 2012 IAAF World Indoor Championships, but he ranked #5 in finishing the heat. Eventually, he was not included in the championships.

After that, Orlando trained under Santiago Antunez. And he secured his sixth position at the 2012 Summer Olympics.

Detail On Orlando Ortega’s Defection From The Cuban Team

In 2013, Orlando didn’t show his participation in a June event in Russia. This act of him brought a huge consequence to his career.

Consequently, the Cuban authorities suspended Orlando for nearly six months for not adhering to the rules.

Soon after that, in August 2013, Orlando left the Cuban team for good. And he chose to shift his career to Spain. When asked about his sudden and unexpected decision, the athlete said;

IT WAS AN EXTREMELY DIFFICULT AND TOUGH DECISION, BUT I MADE IT AND I WON’T LOOK BACK.

However, Orlando’s decision brought many growths and positive results to his profession.

The International Association of Athletics Federations (IAAF) restricted Orlando from playing for Spain until 2016. However, after being a legit Spain resident, he represented the country in the 2016 Summer Olympics.

As said earlier, Orlando got a chance to widen his career after bagging the silver medal in 110m hurdles in the 2016 Summer Olympics.

After nearly two years, in 2018, Ortega again won the bronze medal at the 2018 European Championships.

Next, in 2019, Orlando participated in the 2019 World Championships. But, his fellow hurdler, Omar McLeod, tripped upon his lane.

And the Olympic silver-medalist came in fifth place though he was in the second place before the incident.

However, after evaluation, Orlando was given a bronze medal at the 2019 World Championships.

In 2021, Orlando will be seen competing for his gold medal at the Tokyo Olympics 2020.