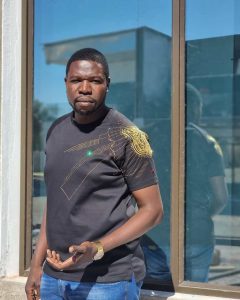 Prophet Walter Magaya (born November 6, 1983) is a Zimbabwean religious leader and the leader of Healing and Deliverance Ministries.

He is among the most celebrated self-proclaimed prophets in Zimbabwe and is the founder of Prophetic Healing Deliverance Ministries (P.H.D). Magaya rose to prominence in 2012 after his visit to T. B. Joshua (of SCOAN) who is believed to have anointed him to became a ‘great’ prophet. Magaya has been a force to reckon with, outmanoeuvring his predecessors Emmanuel Makandiwa and Uebert Angel. Magaya has performed a wide range of miracles.

Prophet Magaya was born on 6 November 1983 in Mhondoro Ngezi and he grew up in Chitungwiza. He was a member of the Catholic Charismatic group named Blood of the Lamb Christian Community (BLCC) for many years. Magaya is married to Tendai Magaya (nee Katsiga) who is a banker by profession. The couple has two sons, Yadah Makanaka and Walter Junior.

In June 2019 and July 2019, Magaya was implicated in 3 cases of alleged rape. On 28 June, a couple, Godfrey and Molly Maenzanise, released a video alleging that Magaya had raped their daughter when she was aged 17. The daughter released a video two days later in which she was with her husband denying that she had been raped by Magaya. On 7 July, The Sunday Mail revealed in an article that two women, Sarah Maruta and Charity Dhlodhlo, had come forward alleging that Magaya had also raped them and that he had abused several other young women at his church. Sarah Maruta later released a video claiming that she had been used by the publication in an effort to extort money from Magaya and that it was a lie. The Sunday Mail, however released a video of her making the rape allegations.

He has also been credited for promoting local informal traders, vendors, and even musicians through inviting them to perform at his church.

Prophet Magaya has invested in Televisions, Hospitals, manufacturing, exports, housing, mining, and agriculture. Prophet Walter Magaya has an estimated net worth of $120 million (net worth estimated in 2021