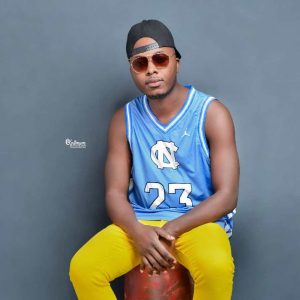 Steven Chibwazi (born 17 July 1992), popularly known by his stage name as Stich Fray, is a Malawi Blantyre based reggae-dancehall singer, record producer, and sound engineer. He was a member of the group Trap Squad together with late Revolver, Judagaga and Chavura. As a solo artist he released his first single “4 minus 3” in 2013 and a debut album “Dreams and Thoughts” in 2014. He owns the studio D&T Records.

Stich started his career in 2008 as a member of a Dance hall Group called Afarisi. It was through the group that he was introduced to Power 101’s Deejay Chris who gave him his first radio interview. In 2010 he opened his own studio D&T Records in Chilobwe. A year later Stich was introduced to the late Revolver and he produced the rapper’s hit single “Mbina Mbina”. He went on to produce Revolver’s 2012 album “Chilembwe ndi Madona” which led him to nationwide recognition as one of the most popular producers in the country.

In 2012, Stich Fray signed to Ronald “Ron cz” Zeleza’s record label called “Trap Entertainment” as a producer & as an artist. He joined the group Trap Squad and together they released their debut mixtape Family Over Everything (F.O.E) on 4 February, 2013 to wide acclaim. The mixtape spawned singles like “4 minus 3”, ”John Chilembwe Remix”, “Waku Blantyre” and ”Friends with Benefits”. “4 minus 3” received a lot of radio and television airplay and this was the spring board for his career as a solo artist.

After the release of Family over Everything, Stich began working on his solo album Dreams and Thoughts. The album’s first singles “Achoke” and “Ndati No No” were released in May, 2013 with “Achoke”, featuring Zeze, receiving a lot of radio play. During this period he collaborated with and produced for several artists at his D&T records studio, these include Barry One, NesNes, Revolver, and Patience Namadingo.

We don’t have much information about Stich Fray wife or personal life.