Indian skipper Virat Kohli has an estimated net worth of INR 980 crore.

Virat Kohli is 33 years old professional Indian cricketer. At present, Kohli is captain of his national side in all three cricket formats. Moreover, in domestic cricket, Kohli plays for RCB and Delhi.

ICC male cricketer of the decade Kohli already has written his name among best cricketers in cricket history. He already has many records and accolades to his name.

According to Forbes, Kohli is the highest-paid cricketer globally and the 66th highest athlete in the world.

Off the field, Kohli has been hitting endorsement deals one after another. Likewise, he also has opened Virat Kohli Foundation to support needy children. 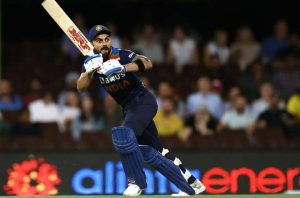 Furthermore, Kohli is an avid traveler and also has an amazing garage with sports and luxurious cars.

Virat Kohli | Salary and Net Worth

Virat Kohli is the highest-paid cricketer in the world. In 2021 alone, he earned INR 60 crore.

Furthermore, Kohli is just behind Rohit Sharma and MS Dhoni in terms of IPL salary earning. He has already made INR 143.2 crore for his IPL career.

However, in his first three seasons with RCB, he only made INR 12 lakh annually. But in 2012, his salary rose to INR 8 crore annually.

Likewise, Kohli is listed as an A+ player in the BCCI contract. So, Kohli receives INR 7crore for playing in an India jersey.

According to various sources, the estimated net worth of Virat Kohli is INR 980 crore.

Virat Kohli is hitting sixes when it comes to endorsement deals. Moreover, he is considered as most marketable cricketer having a huge fan base across the world.

In 2015, Kohli signed an INR 5 crore endorsement deal with Audi. During their 10th anniversary company also gifted the Kohli Q7 car in 2017. 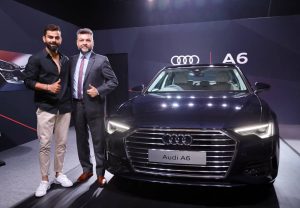 Kohli during advertisement of Audi A6

In 2019, e-commerce company Myntra signed an endorsement deal with Virat Kohli and his wife Anushka Sharma worth INR 10 crore.

Kohli has been Vicks ambassador since 2012.

In 2020 Kohli signed an endorsement deal with ED Tech Company Great Learning. Recently he was also involved in their “power ahead” campaign.

Kohli was announced as a Brand Ambassador of Himalaya in 2019. He has already been part of the advertisement in Himalaya face care products.

Kohli is high in demand with the advertisers.

In 2019, the newly formed e-sports company Mobile Premier League tied a sponsor deal with Virat Kohli. The value was estimated to be INR 12 crore. Later in 2020, it was again renewed.

In 2018, medical spray brand Volini signed Kohli to endorse their products. Likewise, in the same year, he signed a deal with Too Yum.

In 2018, Philips India also named Kohli as their brand ambassador. His stylish beard might have attracted Philips towards him.

In 2018 Virat Kohli was announced as the brand ambassador of Uber India.

Kohli became a brand ambassador of the insurance company Digit Insurance in 2021.

In 2016, Virat Kohli became an American Tourister first India brand ambassador. Moreover, thanks to Kohli and Ronaldo’s advertisement together in 2018, brand popularity skyrocketed.

In 2017, after ending the deal with Adidas, Kohli became the brand ambassador of German company Puma.

His eight years INR 110 crore deal with Puma helped him become the first Indian to land a single deal worth more than INR 100 crore.

Likewise, Puma also thanked Kohli for his contribution making Puma one of the leading brands in India.

Kohli in 2014 mentioned business as his future because cricket cannot last forever. So, he wants to keep his option open after retiring from cricket.

Kohli has mentioned football as his second favorite sport. In 2014, Kohli became co-owner of FC Goa.

Moreover, in 2020 his club became the first Indian team to qualify for the AFC Champions League group stage.

In 2014, Kohli also partnered with Universal Sportsbiz to launch the fashion brand WROGN. The brand produces men’s casual wears clothes and has 30 stores across the nation.

Furthermore, in 2015 he became co-owner of two franchises UAE Royals and Beglaru Yodhas.

Kohli has turned his jersey 18 into a brand named One8. He owns restaurants by One8 Commune at Delhi IGI airport.

Furthermore, One8 collaborated with Puma to launch the energy drink Ocean. He also owns dine bar and restaurant named Nueva in his hometown.

They have been to many destinations across the world together, from the beaches of the West Indies to the mountains of Switzerland.

Virat Kohli is among the fittest athletes. He seriously focuses his diet on maintaining his fitness alongside exercises.

Virat Kohli, in an interview, revealed that he has been vegetarian since 2019 after watching The Game Changers. Moreover, his meals are 90% animal and dairy products free.

Furthermore, Kholi mentions salad as his best food to get nutrition. As Kohli was a heavy meat eater, he had to transition due to various health reasons.

In 2016, an Indian skipper bought himself a home in Worli, Mumbai. His house lies on the most luxurious C-Wing 35th Floor in the Omkar 1973 towers.

Kohli reportedly spent INR34 core for the house, which has a birds-eye view of Mumbai and the Arabian Sea. Virat and Anuska recently moved there in 2020.

Kohli also luxurious Bungalow in Gurugram. He bought a modern mansion for INR 80 crore and has an area of 500 sq. yards.

Virat Kohli has one of the impressive car collections in the world. Looking at it, he seems to have a preference for expensive and sports cars.

One of the expensive cars in Kohli’s collection is the Bentley Continental GT which costs more than eight crores.

Virat Kohli soon got attention after he captained the Indian side to U-19 World Cup glory in 2008 at Kuala Lumpur.

After an impressive performance for the Indian ODI team as a middle-order batsman, he got his place in the 2011 World Cup squad.

During the first match against Bangladesh, he became the first Indan to score the WC debut hundred.

Later, he went to play every match and posted crucial 35 runs in the finals against Srilanka. India went to win the game by six wickets and lifted the WC for the first time in 27 years.

In December 2011, Kohli made his mark in the test after helping India clean the sweep series against Australia. Moreover, he was the highest scorer for India in the series.

Later, in the ODI series against Australia in 2013, Kohli made the fastest hundred by an Indian player, striking 100 off 52 balls in Jaipur.

In 2014, Kohli was named as India test captain for the first time. Later, he broke the record for most runs by Indians on Australian soil in the test series with 692 runs.

In 2015 Kohli reached another milestone in a match against South Africa, becoming the fastest batsman to reach 1,000 in T20I cricket.

After Dhoni stepped down from ODI and T20I captaincy, Virat Kohli was named as his successor.

During the 2016-17 season, Kohli wrote his name in the history book, becoming the first player to score a double century in 4 consecutive test matches.

In 2018, Kohli led India to the first series win in South Africa. Moreover, he overtook Sachin Tendulkar to become the fastest player to reach 10k runs in ODI, reaching a milestone in 205th innings.

In November 2019, against Bangladesh, Kohli scored his 70th international hundred and the fastest 5000 runs in Test by the captain.

Later, in 2020-21 Kohli led India to a series win against England across all three formats.

Virat Kohli is champion on and off the field. He has been in philanthropic works too.

In 2017, he also initiated Athlete Development Program to help youths reach their full potential through proper training, nutrition, and fitness.

Likewise, in 2016 VKF partnered with Smile Foundation to organize a charity dinner in Mumbai.

Later INR 1crore was raised from the event to help youth empowerment.

Similarly, in 2016 Kohli made a surprise visit to Abhalmaya Old Age home. He also made INR 11 lakhs donation to home.

The couple has been donating for various causes.

Likewise, in the 2017 ICC Champions Trophy, Kohli organized a charity ball to support Justice and Care.

More than INR 1.5 crore was raised, which was later proceeded for human trafficking victims’ medical, education, and rehabilitation services.

Likewise, in 2021 Kohli and his wife Anuska donated INR 2 crore to Primeminister Relief Fund and Maharsatra Relief Fund to fight against the Covid 19 pandemic.

The couple also initiated the #In This Together Campaign fundraiser campaign to raise INR 11 crore for Covid 19 relief effort.

Who is the highest-paid cricketer in the world?

As of 2021, Virat Kohli is the highest-paid cricketer in the world. His annual salary is INR 60 crore.

Moreover, he earns most of his money from endorsement deals. Furthermore, according to Forbes, he is the 66th highest-paid player in the world.

Where do Virat Kohli ranks in the Indian cricketer list?

Kohli is the third richest cricketer in India, behind Sachin Tendulkar and Ms. Dhoni. Moreover, he has an estimated net worth of INR 980 crore.