Candy Ken is not a new name in the world of entertainment. He first gained recognition in 2014 after launching his hip-hop career with a series of videos for Welcome to Candy. He has since dominated social media. Generally, he is best known for his viral TikTok videos that have earned him millions of followers. So, how well do you know the Austrian rapper? This article has everything about him. 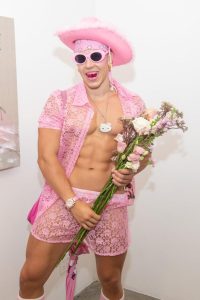 Candy Ken has flourished for doing unimportant things, like being obsessed with Barbie and Hello Kitty and being a masculine bodybuilder. According to him, being identified as just male or female is boring, but a combination of both is electrifying. His art has earned him fans, including Lady Gaga’s former designer Nicola Formichetti and Jeremy Scott.

How old is Candy Ken from the Unicorn family? 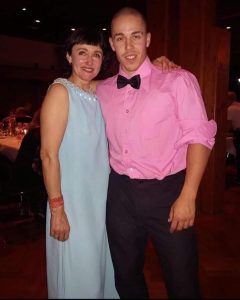 The popular TikToker posing with his mother. Photo: @candyken69

The TikToker, officially called Jakob Kasimir Hellrigl, was born on 27th July 1992, in Bregenz, Austria, where he also spent his childhood. Therefore, Candy Ken’s age is 29 years in 2021. He Has a great relationship with his mother, who has supported him all the way.

For his education, the Welcome to Candy rapper went to Wenatchee High School, located in Wenatchee, Washington, United States. During his high school years, he was active in football but dropped the passion after finding fun in being an entertainer. He also attended the Lette-Verein college in Berlin, Germany, to pursue Photography and Film Design. However, he did not graduate as he decided to quit studying in 2014 and focus on making music. 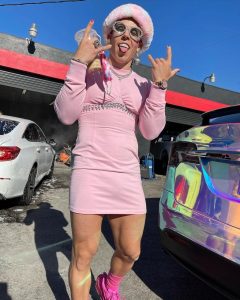 He started his music career in 2014 with Welcome to Candy, an EP with a series of videos and short movies featuring colourful scenes. He later released his subsequent Eps, Paradise, in September 2015 and Daddy 69 in November 2015. The Austrian native released his first studio album, Real Talk, in 2016. His second album, Flamingo, came out in 2018.

The Austrian artist is also a well-established model. He was discovered in 2015 by Nicola Formichetti, Diesel brand’s creative designer and stylist. He has been featured in popular magazines, such as VMAN, Korean Dazed, Vogue Taiwan, and many others. He has also modeled on fashion show runways.

The artist is known for documenting his lifestyle and riches in his TikTok videos. The uploads have earned him fans and haters alike. His account has over 15 million followers in 2021. Candy Ken’s Twitter account was suspended for posting videos that violated the platform’s regulations

The internet sensation has an estimated net worth of $2 million in 2021. So how did Candy Ken make his money? He earns from music, modeling, content creation on YouTube and TikTok, and endorsement deals.

Candy Ken’s girlfriend Jostasy Joselyn Nick said I do in September 2020 during a gold-themed wedding ceremony. Jostasy, mostly recognized as Baby J, is a popular figure on TikTok and often collaborates with Candy Ken to make videos for their joint YouTube channel, the Unicorn family. 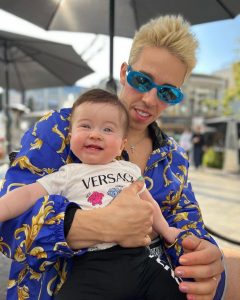 Candy Ken and Baby J announced that they were expecting their first baby in September 2020. The famous social media couple welcomed their son Rodeo in June 2021. Candy Ken’s baby is already a social media star with over 50 thousand followers on his Instagram, @lilblingbling1.

What gender is Candy Ken?

The Austrian model is known for his smooth gender-bending habits. However, he is male and has never gone for gender transition. His songs portray both femineity cuteness and masculinity flexing. His popular creations include Barbie, bodybuilding and abs, nail polish, Hello Kitty, pinks Speedos, and many others. He is also supportive of the LGBTQ community through his music.

What is Candy Ken’s real name?

His real moniker is Jakob Kasimir Hellrigl. He adopted his stage name, Candy Ken, while studying at Lette-Verein in Berlin, Germany. 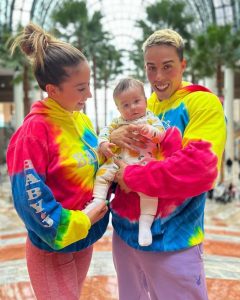 Yes. They tied the knot in September 2020. The couple broke their signature social media characters and acted normally on their big day. Their gold-themed wedding observed Covid-19 regulations.

Where does Candy Ken come from?

He is a native of Bregenz in Austria, a landlocked country in central Europe. He spent his childhood in Austria before moving to Germany and the USA for studies and later establishing his career.

Candy Ken has become an international sensation for finding fun in being masculine and feminine. Apart from his flourishing career, he is also a loving father and husband who takes his responsibilities seriously.