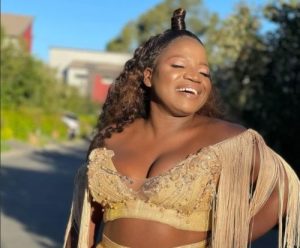 Makhadzi is excited and full of gratitude after realising that she’s garnered almost 20 awards ever since she started doing music.

The singer went Live on Facebook and showed off all the plaques and awards she has in her house.

She flaunted her AFRIMA award which she bagged in 2021, and she revealed that more plaques are coming for two other songs which have gone gold.

Makhadzi expresses gratitude to fans for the support over the year; she counted all the plaques and awards to be a sum of 12.

Though, she claimed since she started doing music, the wins are close to 20 in number.

Fans congratulated her following the announcement; though she’s deleted the tweet, but there’s a screenshot of the post below: 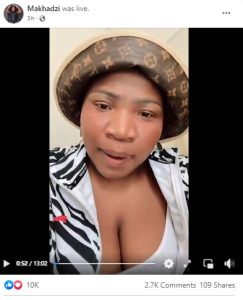