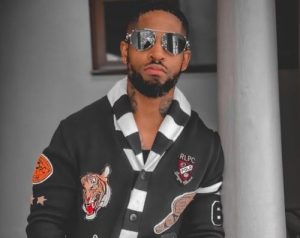 Prince Kaybee got brows raised with the mention of the most talked about car in SA, McLaren.

The car has made headline more than some celebrities within the past two months; thanks to Cassper Nyovest.

The music producer is famously known to be a die-hard fan of Mercedes Benz car, and he’s proven it by mocking other celebs who use other brands, it even caused a fight between himself and NaakMusiQ.

Taking to social media, Prince Kaybee announced his participation in a sim-racing game which will Live on YouTube.

It’s going to be a 9 hours game, which is a first experience for the DJ; Kaybee and his team will be competing with a Mclaren 720s GT3 car.

“Hey guys, I’ll be participating in the Virtual Kyalami 9 Hour this year with my team in the Mclaren 720s GT3. Its a big step for me in the Sim-racing world as this will be my first 9 hour. Will appreciate your support and the race will be live on YouTube,” he tweeted.

The mention of McLaren car got fans curious, as some questioned him on why he chose the car, while a few others feel he’s taunting Cassper Nyovest who has made lots of headlines after acquiring the McLaren car.

Check out reactions below: